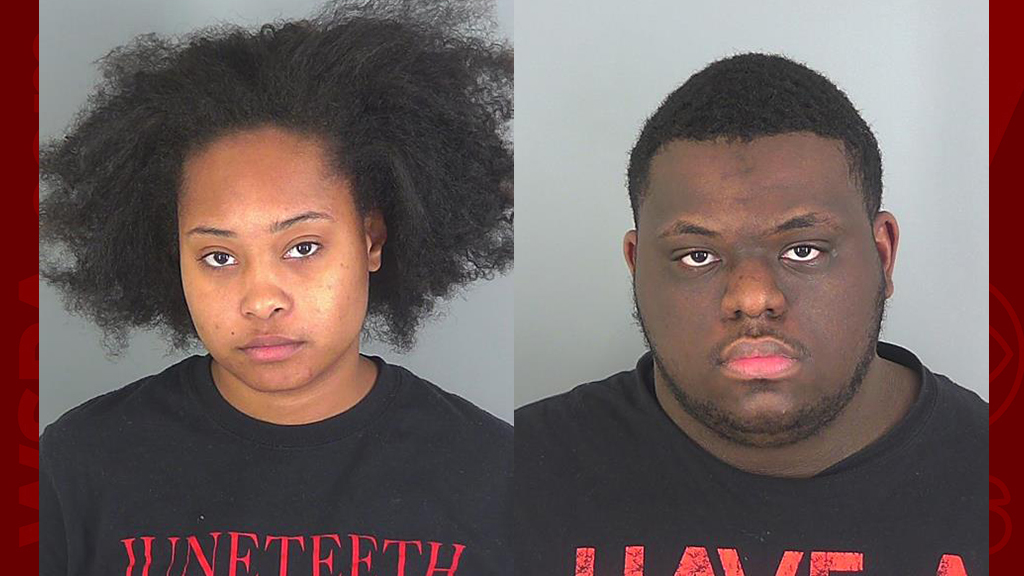 SPARTANBURG COUNTY, SC (WSPA) – The Spartanburg County Sheriff’s Office Special Victims Unit has arrested two people following an investigation into an assault on a person at a community home for special needs.

According to a press release, Eboney Temera Faith Hunter and Tijoun Azious Barner, both of Greenville, have been charged with vulnerable adult abuse and failure to report.

Hunter and Barner were caregivers at the community home and are charged with assaulting and injuring the victim on August 15.

The press release from the Sheriff’s Office said workers on the next shift at the community home saw the victim’s injuries when they arrived for their shift and reported the incident to Vulnerable Adult Care in the Division of South Carolina law enforcement, who then reported it to the sheriff’s office.

During the investigation, Hunter and Barner confessed to assaulting the victim with different weapons.

Hunter and Barner were arrested Wednesday in Greenville and taken to the detention center, where they were scheduled to appear before a magistrate Wednesday night for a bail hearing.