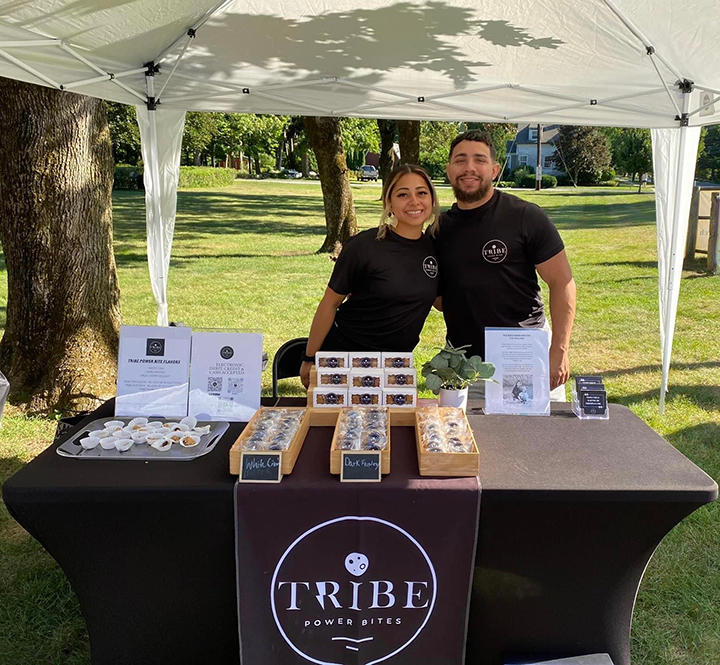 A single mother fuels a tribe of go-getters, one bite of power at a time

Two years later, she has made it a full-fledged business and a unifying movement.

“I hadn’t planned to go this far. My mind was already set working in a hair salon, but when COVID[-19] arrived, I had to find something quickly to support my daughter and I,” Prada said. “When you’re a single mom it’s very hard to think that way. All we know is how are we going to support our kids and that’s it. I never imagined I could doing something that people would like. Today it’s been so successful that it’s been my full-time job for three years.

Tribe Power Bites are locally made, gluten free and kid friendly. The most popular flavor is White Cinnamon (abbreviated as White Cinnamon Bun), one of Prada’s first flavors it started with, made with old-fashioned rolled oats, extract of vanilla, honey, peanut butter and white chocolate chips sprinkled with white cinnamon. cane sugar. This season it has two new fall flavors – Pumpkin Spice and Caramel Apple.

Prada went from being a stay-at-home mom to a single mom and was making these bites as a healthier snack to eat during the day. “I was busy all the time and I was always on the go,” Prada said. “I wanted to feel full longer, but not snack on junk food. I used to make these bites and donated a batch to my mother’s church.

Prada’s mother encouraged her to sell the bites and she did during COVID[-19]. However, it was unofficial and Prada wanted to formalize it with the license and the LLC but did not know what to name their company. She received overwhelming support from the community and felt they gave her a tribal feel, so she named the business “Tribe” in their honor.

“I want to give back to the community that gave me back,” Prada said. “The name ‘Tribe’ comes from the relationships I made during the process of starting my business. Not only did the customers give me a sense of community with their support; they also became my family.

Elite Nutrition owner Crystal Jimenez told Reminder Publishing that the first week they had Tribe, they sold out within two hours. She said the bites were amazing and they had to keep them in stock. Every Thursday, she receives a personal delivery from Prada and puts them on their shelves on Friday. Jimenez said their customers couldn’t wait until Friday to eat; they love the convenience of a quick on-the-go snack.

Jimenez said she loves changing it up with seasonal flavors and their customers love every flavor. She said she was also delighted to have their second location in Ludlow – which will open soon – fully stocked with Tribe bites as well.

“I love Tribe bites,” Jimenez said. “I’m very busy and I like the fact that I can just grab a quick snack on the go, and it keeps me full. My whole Elite team loves them too. She continued, “Kim and I have become very close friends and I am very proud to have a partnership with her and her brand. You will always find Tribe Power Bites at any Elite Nutrition event.

“I do everything for my daughter in the business,” Prada said. “A current goal that I really want is for us to have a house just for her to play in the garden and to have a house that we can call our own. It’s a small goal, but it’s a huge one for me.

She added, “It’s gratifying to bond with people I never thought I would bond with or rooms I never thought I’d get into. I used to be very shy and timid. Now I’m blossoming into someone who truly loves people and community and sees others grow. I have a passion for humanity and hope to inspire other single moms to achieve their goals.

Texas should avoid school voucher failures seen in other states

Is the elusive 9th Ward stadium any closer to the real thing? The city council is donating $1 million to the effort. | Education