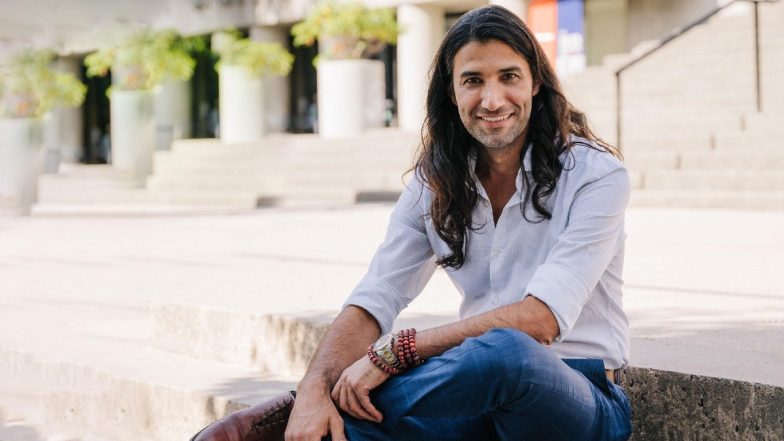 How was Brain tea conceived?

Alex Kahel’s passion for a healthy lifestyle and natural nutrition began early in his life because he believed in natural solutions to take care of his health. In an endless quest to improve his productivity, Kahel has focused his time with specialists in the fields of herbal medicine and neuroscience to create a biologic that improves cognitive functions that everyone can benefit from.

The team spent time researching and testing until they found the perfect combination of herbs. Herbs that had been used for centuries and now enjoyed scientifically proven efficacy.

“My vision is to inspire others to positive change through the natural products I create and the wisdom I accumulate. And my goal in life is to live with enthusiasm and curiosity while being of service to others, ”says Kahel.

Wow… .This is not just any tea!

The first thing you notice is the smell. It is a delicate aroma, similar but not the same as green tea. It’s hard to describe, but for me it has an earthy tone that immediately connects and roots you with nature. The flavors are smoother than most teas: there is no bitterness or tannins to overwhelm your palate. It tastes like tea but cleaner.

The whole experience is so enjoyable that it’s hard to believe that there are benefits to drinking such a tasty hot drink as well. Nevertheless Brain tea has been scientifically proven to be an effective nootropic (cognition enhancer) supplement due to its ingredients and natural properties, which work with your body for better memory and focus when you need it most.

Since its launch in Canada, Brain Tea Inc. has rapidly grown in popularity around the world and has since been certified and approved by Health Canada to: Support brain health, improve cognitive function and memory in adults. Brain tea Now ships to over 50 countries around the world and continues to grow.

“Tea is best when it’s closest to nature,” says Kahel, CEO and founder of Brain Tea Inc, whose experience spans integrative nutrition to software and businesses.

“I wanted to create the world’s best nootropic tea for brain health and mental clarity because I felt there was an unmet need in this industry. We are so busy with our daily lives that we sometimes just don’t know what we consume I wanted to create a healthy drink that can be easily adapted as a daily routine, ”he adds.

“My clients, perhaps more than any other, understand and share the value of having healthier brains for more productive and happy lives,” says Kahel.

He has a “favorite” client… his mother. “I always think about improving my mother’s health by using the best quality products I can find and create. And with the same passion, love and care that I want to share with my family, I also want to share with others, ”he adds.

What’s next for Brain Tea?

All from Kahel Brain tea The products are made in North America from the highest quality organic ingredients and are non-GMO. They come from agricultural practices that favor quality and ethical production.

What does science say about the ingredients of Brain Tea?

Brain tea is a nootropic tea, which means it is a drink with cognitive benefits. It is 100% organic and contains four natural ingredients that have been used for centuries to improve focus, memory and mental clarity: Ginkgo Biloba, Gotu Kola, Lion’s Mane Mushroom, and MCT Coconut Oil. To understand the benefits of Brain teaIt is essential to know what reputable medical studies say about the ingredients.

Ginkgo Biloba is an herbal supplement that has been used in Traditional Chinese Medicine for centuries to improve memory and focus. It’s also a powerful antioxidant, which means it can help protect the brain from free radicals.

A study published in the National Library of Medicine: “Examining Brain-Cognition Effects of Ginkgo Biloba Extract” found that: “Ginkgo Biloba moderately improves a number of cognitive processes in young, healthy individuals as well as in those suffering from cognitive impairment related to age. “

According to this study: “Ginkgo biloba extract (GBE) from the dried leaves of the Ginkgo biloba tree is increasingly used in Europe (especially Germany) and the United States of America to relieve symptoms associated with age-related cognitive impairment such as age. amnesic state, vascular dementia and dementia of the Alzheimer type “.

Gotu Kola is a traditional herbal supplement from Asian wetlands. Research has shown strong correlations between Gotu Kola and improved cognitive function. It has been shown to regenerate brain cells, increase blood flow and collagen production while reducing stress and anxiety.

The lion’s mane mushroom is a powerful medicinal mushroom that has been used in traditional Chinese medicine for centuries. Studies have shown that it helps the brain form new connections by supporting the process of myelination. Myelination is essential for making connections between brain cells.

In a scientific article published by the National Library of Medicine entitled “Neuronal Health – Can Culinary and Medicinal Mushrooms Help? Scientists have found that: “Regular consumption can promote healthy nerves and brain. This is especially useful in the event of injury (such as in accidents) or as we age. In addition, there is a need to study potential fungi to elucidate their mechanisms of activities as well as clinical trials, “.

MCT Coconut Oil is a natural supplement that has been clinically proven to help your brain function better. It has also been found to maintain and improve cognitive abilities in the elderly while improving concentration and memory in adults with reduced mental performance. Researchers also noted a reduction in stress-induced depression in people taking MCT coconut oil.

A major study published by Science Direct titled “Mild and Medium-Chain Triacylglycerol-Sustained Ketonemia Stimulation in Healthy Humans: Estimated Potential Contribution to Brain Energy Metabolism” concluded that “the MCT supplementation protocol was mild and ineffective. safe ketogenic and had no side effects in humans following their normal diet. It is estimated that this level of ketonemia contributes up to 8% to 9% of brain energy metabolism.

Alex Kahel concludes: “Our mission in Brain tea is to help people reach new levels of productivity by continuing to offer high quality, organic and ethical products. And my vision goes far beyond my business. I want to make the world a better place by improving people’s mental well-being ”.