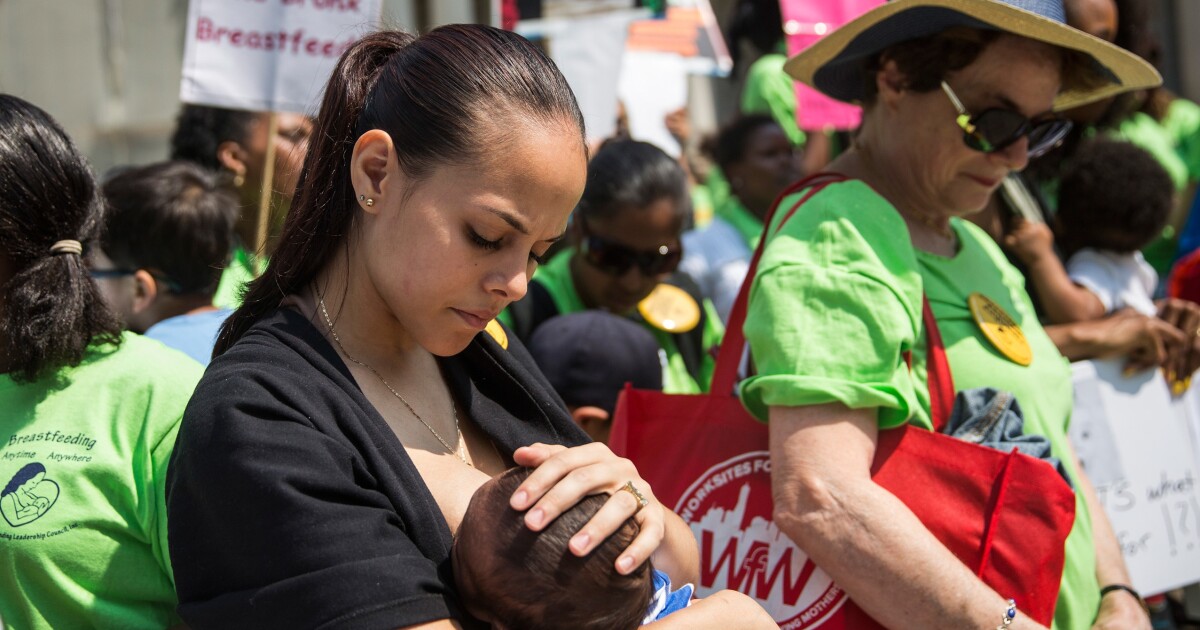 As infant formula shortages continue to plague families and caregivers in New Mexico, many are feeling the stress and uncertainty about how they will feed their infants.

The head of the US Food and Drug Administration told a Senate committee on Thursday that he expects there will be a surplus of infant formula available in the next two months. He also said the US government should consider creating a stockpile of infant formula in the future, should a shortage occur again.

Meanwhile, New Mexico has created a website, NMformula.com to help relieve the stress of families and caregivers looking to find formula for their infants.

Resources available on this website include a link to the New Mexico Human Milk Repository, a non-profit organization that provides breast milk to premature, medically fragile, and ill infants.

Since the formula shortage began, Lindsey Maurer, donor coordinator at the Human Milk Repository, said the number of donations and people looking for milk has increased.

“We’ve had a giant leap in the number of people contacting us to try to donate, we’ve even had mothers who haven’t been producing milk for a little while trying to re-lactate because they want to help this community.”

Those looking to receive donor milk from the repository can purchase it for $4.50 an ounce. But due to high demand, the repository’s executive director Kael Marshall set aside the scholarships they received in order to help those looking for milk pay for 40 ounces. Maurer, who is also a lactation education specialist, said her organization also receives many calls from mothers seeking help and advice on breastfeeding their own children.

“I am able to help mums with breastfeeding, they rather want to give whatever they need, if they just need help I can help them with that.”

According to the CDC breastfeeding newsletter, 83.4% of children born in 2017 in New Mexico were breastfed. But these numbers drop for infants who have been exclusively breastfed. Only 49.1% were exclusive for 3 months and 26.5% for 6 months.

For Maurer and the Human Milk Repository, they recognize the importance of breastfeeding your child from birth and how it can lead to a healthier life for them.

According to the CDC, breastfeeding may help “protect babies against certain illnesses and diseases in the short and long term. Breastfed babies also have a lower risk of asthma, obesity, type 1 diabetes and sudden infant death syndrome.

Monica Esparza, executive director of the New Mexico Breastfeeding Task Force, said many of the problems faced by families and caregivers during this formula shortage could have been avoided if resources had been redirected. in the communities and not in these formula milk companies.

“So many funds, so many resources are immediately shared with the formula companies and restart the production of formulas. When in reality, this could have been avoided if we had put resources into the communities that support breastfeeding and the parents themselves.

Esparza goes on to say that more parents and families need to be able to breastfeed their children and the community should support them in this endeavour.

This call for more support was echoed by Melissa Maria Lopez of the NM Doula Association.

“This whole formula shortage really shines a light on the lack of support that exists for families of all types. It’s more about families who are breastfeeding/breastfeeding, formula feeding, all families are really struggling to get the support they need.

Lopez said most families start with the intention to breastfeed but are unable to access the resources they need to continue breastfeeding. Lopez also alluded to providers questioning the breastfeeding process for some families and suggested their infant needed infant formula.

Regarding the formula’s market placement, Sunshine Muse, executive director of the Black Health New Mexico and New Mexico Birth Equity Collective, said it was a strategic placement from the start.

“If you look at the history of the introduction of formulas, it was really strategic. It wasn’t because most women weren’t breastfeeding, it was directly related to getting more women on the labor market because men were going to war.

Muse says that while formula may be helpful for some families and infants, it’s not superior to breast milk. It should also be up to families and communities to decide how to raise and feed their children, Muse said. Formula shortage issues can be attributed to lack of access, who controls production, and rather or not, women and families have the autonomy to raise their children in the way most natural to their culture.

Formula companies also employ deceptive advertising practices and take advantage of their place in the market, according to Lopez.

“These infant formula companies are really capitalizing on those who choose to breastfeed or are otherwise unable to breastfeed. The practices, the marketing practices are misleading and pretending these formulas are equivalent or better than breastmilk But we know that first foods and breast milk are the basis for a lifetime of healthier mothers and babies, so to deny that is criminal.

But it’s not just the market that benefits those trying to breastfeed. Esparza said the problem goes deeper than just market pressures.

“Families can’t afford to seek out the support they need because we live in deserts that don’t provide the real culturally appropriate support they need to deal with issues around breastfeeding or childbirth. ‘feeding with milk. I feel this fear that comes with hoping I can (breastfeed) because of all these huge barriers put up against me.