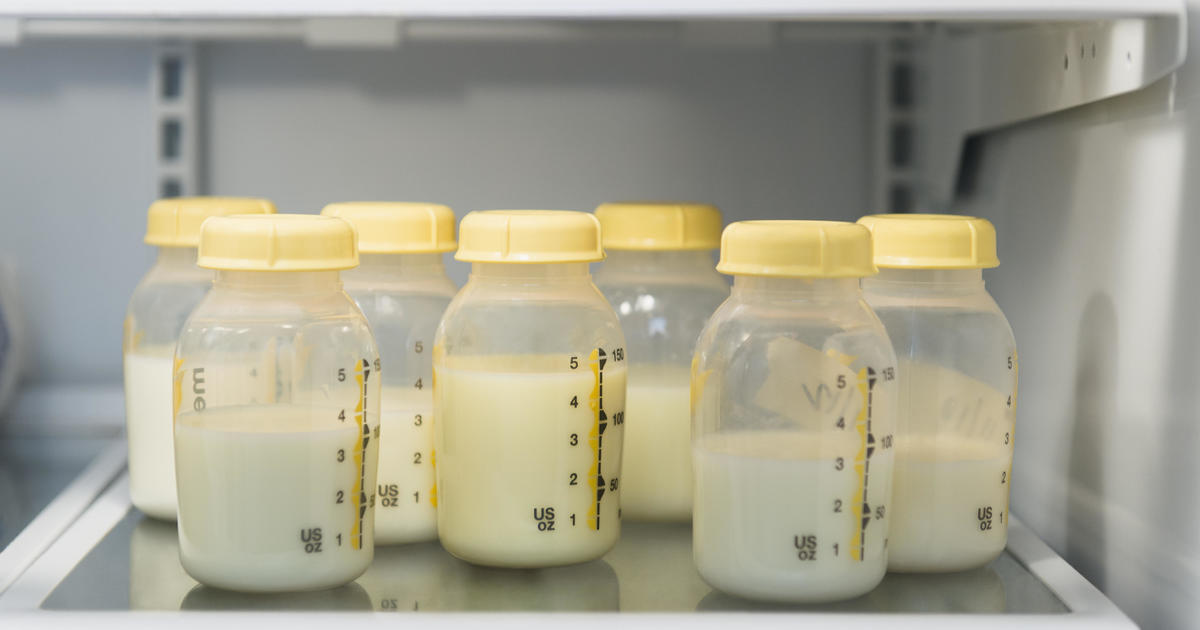 Milk banks across the country are collecting breast milk donated by breastfeeding women and distributing it to babies struggling with a nationwide shortage of infant formula that experts are calling a “crisis.”

If you’ve never heard of a breastmilk bank, you’re not alone.

“I feel like it’s very difficult to explain who we are and what we do,” said Dr. Susan B. Campbell, executive director of Mothers’ Milk Bank of Tennessee.

What is a breast milk bank?

The Human Milk Bank Association of North America (HMBANA) has among its members 31 local milk banks across the United States that receive donations of surplus breast milk from healthy breastfeeding women.

“Donations come from women whose supply exceeds their child’s needs and they generously donate their milk to us,” said Linda Harelick, executive director of New York Milk Bank.

They operate as non-profit organizations and generally reserve their supply for babies born prematurely or whose medical needs require them to rely exclusively on breast milk, and whose birth mothers cannot provide it.

Donors are screened and blood tested before they can donate milk, which is pasteurized and tested for communicable diseases before being entered into a milk bank’s frozen inventory and ultimately distributed.

Harelick, of New York’s Milk Bank, said he has seen a “sharp increase” in parental demand as well as excess breastmilk donations over the past six weeks, as the nationwide formula shortage is become more serious.

“They saw it was a growing problem and they want to help,” she told CBS MoneyWatch.

On a typical Thursday, about one or two families call asking for donated breast milk. This Thursday, the milk bank responded to more than a dozen calls.

On the supply side, on a typical day, the milk bank signs about six new donors. Now that’s up to 26 potential candidates.

“Women are incredibly generous,” she said.

Babies with special needs, because they were born prematurely or are underweight, are always given priority.

“The end users of most milk are babies who need it more for medicine than nutrition. Much of the milk is distributed to hospitals with NICUs and tiny babies who cannot tolerate artificial feedings at from preps,” Kim said. Updegrove, executive director of Mothers’ Milk Bank in Austin, Texas.

But when they have an oversupply or during natural disasters like hurricanes, milk banks also meet the needs of parents of otherwise healthy babies.

“We have always responded in times of crisis and provided donor milk to healthier babies in times of hurricanes and earthquakes and when COVID has caused mothers to be separated from their babies,” said Updegrove.

Of course, a milk bank’s ability to distribute milk to babies beyond the neonatal intensive care unit (NICU) depends on its incoming supply.

In Austin, the current formula shortage coincides with the end of a year in which demand for breast milk has increased and incoming supply has declined, according to Updegrove. She said the milk bank is doing its best to answer calls from families with healthy infants, who in the past have relied on baby formula that is suddenly hard to come by.

Updegrove said the milk bank has the capacity to provide non-NICU babies with 39 ounces each, or about a day’s worth of breast milk for a 4-5 month old baby.

“It’s not a long-term solution, but it’s as much volume as we can distribute,” she said, adding that parents get the formula for free.

She added that the milk bank now receives around 50 requests a week from parents of non-NICU babies, more than double the volume in January.

Given the increased demand for formula milk, Updegrove encourages women who can to donate their excess breast milk.

“It’s a call to action for women to make the decision to pump a little more a day. Even one ounce a day will help a lot of other babies,” she said. “They can become a life-saving donor in this time of crisis.”

Only a “partial solution”

Lindsay Groff, executive director of HMBANA, said helping families donate breast milk is only a “partial solution” to the national shortage. “It’s not the ultimate solution, as donor milk is prioritized for the most medically fragile infants in the NICU.”

“The demand is growing, people are desperate,” she said. “If more healthy breastfeeding people contact their local milk banks to donate, we will have more milk available to reach beyond those most urgently needed,” Groff said.

Moms who breastfed but stopped can also sometimes regain their ability to produce milk, Groff added.

In 2021, HMBANA’s 31 milk banks collectively distributed 9.2 million ounces (approximately 720,000 gallons) of milk, up 22% from 2020. Currently, milk banks nationwide are experiencing an increase in demand of around 20%, according to Groff, who expects the need to continue to rise.

“I suspect each passing day is going to go up,” she said.

Ill. The Ministry of Public Health reports more than 40,000 new cases of COVID-19 in the past week