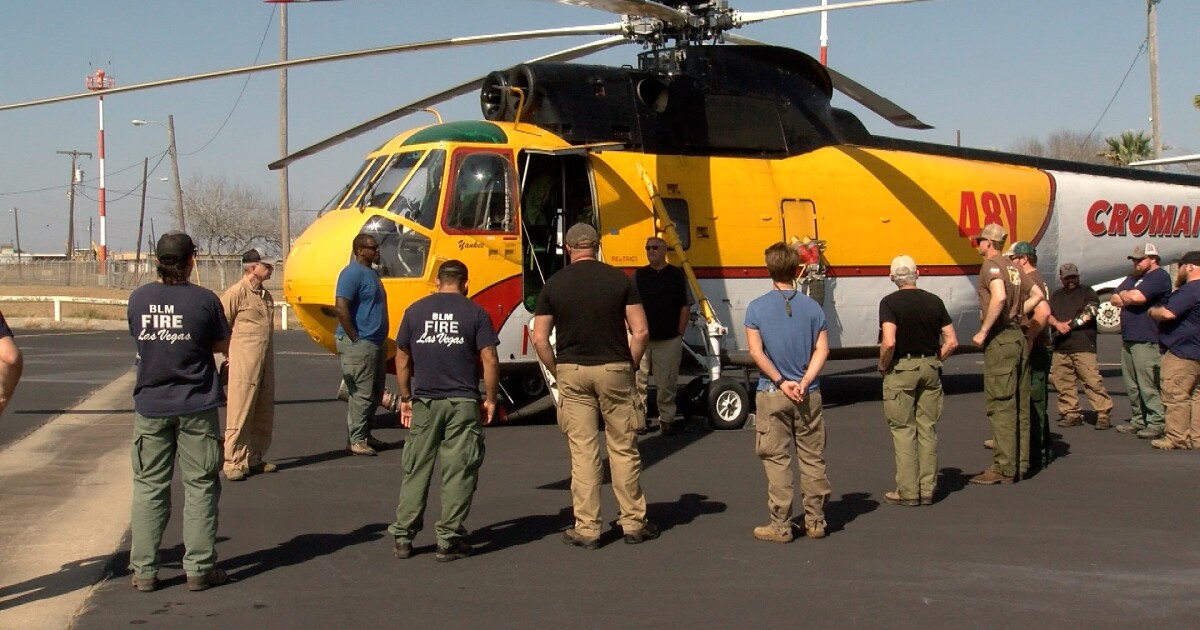 ALICE, Texas — Since mid-February, the Texas A&M Forest Service has allocated state and federal resources across Texas. In Coastal Bend, crews are currently stationed at Alice and Beeville.

“We are moving resources to where our areas of concern are,” said James Russell, the incident commander at Alice for TFS.

Currently stationed in Alice are a helicopter, three sweeper trucks, a bulldozer and about 16 people. The crew and equipment come mostly from out of state.

Natalie Nichols is one such crew member, based in Utah. She is an assistant engine captain for the Bureau of Land Management.

“We go out and help with the wildfires that you see on TV,” Nichols said. “We’re going to be supporting different agencies, different places nationwide.”

Gary A. Daigle is the pilot in command of the helicopter and is hired by Croman Corp. He is from Colorado Springs, Colorado.

“We have a pretty good relationship with Texas. We’ve been doing this for decades,” he said.

Daigle said the helicopter he flies is specifically modified to support firefighters. There are two 500 gallon tanks on board, which can be released together, separately or in succession, allowing crews to choose the best option for fighting a particular fire.

“If I go to low flow in sequence, the water will come out slower, and as soon as there’s no more water in one tank, it will start in the other tank,” Daigle said, describing how it works. the release of water. “It’s great for a grass fire because it allows you to stretch that water along the line of the fire.”

This is Nichols’ first time fighting fires in Texas, but this is his eighth year fighting fires. She said she was always happy to help local teams whenever she was deployed somewhere.

“It’s a big family in the firefighting community, so you can help different agencies, different backgrounds, different skill sets,” she said.

Russell said it was important to be able to help local teams, especially volunteer services, as many are in Coastal Bend.

“Their workforce is limited during the day when their volunteers are at work. So we step in and complement them, and work hand in hand with those,” he said. “The Texas Volunteer Fire Department is the backbone of fire protection for the state.”

Daigle said it’s a combined effort of federal, state and local teams that gets the job done.

TFS officials said there is no set date for how long crews will remain stationed in Coastal Bend.

The TFS continuously monitors fire risks throughout the state and allocates resources accordingly.

A template for choosing products to sell