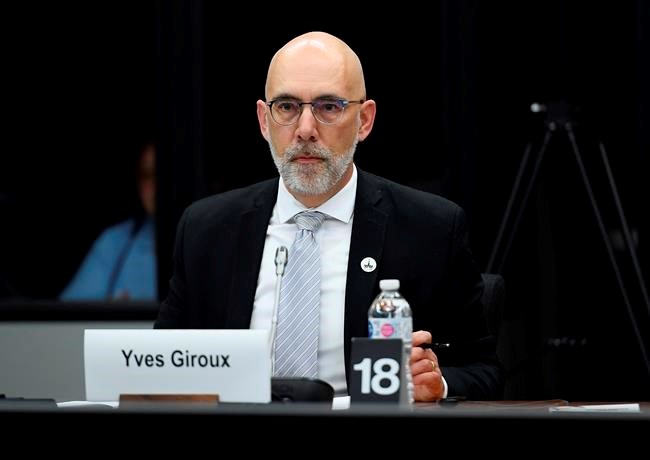 Dental plan could be nearly double what the feds originally thought

OTTAWA — The Parliamentary Budget Officer says the cost of a new dental program for uninsured low- and middle-income Canadians could be nearly double what the federal government originally estimated.

OTTAWA — Time is running out for the government to deliver on its ambitious promise to New Democrats to provide a dental program for uninsured low- and middle-income children by the end of the year, as cost estimates almost doubled.

The pledge is a key part of the Liberal government’s deal with the NDP to stave off an election until 2025. The Liberals have pledged to provide coverage by the end of the year for children living in households with an income of less than $90,000, then expanding year to include those under 18, seniors, and people living with disabilities.

The plan is to fully implement the program by 2025.

The government has just over six months to launch a brand new scheme, but still appears to be in the planning consultation phase and has yet to settle the most fundamental question: what form will this scheme take?

One option is to offer the program as a federal transfer to the provinces, which would administer it alongside existing dental programs or merge them.

But the NDP has always presented the program as a stand-alone federal dental plan, administered by federal staff to fill gaps in the patchwork of provincial and private programs across the country.

A third option of outsourcing the program to a private company is also on the table, according to several stakeholder groups who have held talks with government officials but are unable to speak publicly.

Each available path has its own pitfalls and would likely take more than six months to navigate, and it’s unclear what concessions the NDP is willing to accept to implement a federal dental program.

The government’s 2022 budget suggested the plan would cost $5.3 billion over the next five years, starting with a modest investment of $300 million this year to launch the children’s program.

But in a memo on statutory costs, the Parliamentary Budget Officer says the total cost of the program, if offered as a transfer to the provinces, could be closer to $9 billion, and the government would need to spend $939 million dollars this year to make it work.

The Parliamentary Budget Officer’s report underscores just how complicated the government’s job is in setting up a new dedicated program, the Canadian Dental Program said in a statement.

“While we fully support efforts by all levels of government to improve the oral health of Canadians, we are concerned that the previously announced timeline may be extremely ambitious given the complexity of this issue,” said Dr. Lynn Tomkins, president of the association.

So far, the government has held several one-on-one meetings and roundtables with a wide range of stakeholders, including those with an interest in healthcare, oral health and insurance.

A working group was set up to navigate between the different options. The executive director of this task force, Lindy Van Amburg, was not available for an interview.

Instead, Health Canada issued a statement indicating that coverage will be available to children this fiscal year, suggesting that the government could give itself a little more leeway by giving itself until the end of March to fulfill his agreement with the NDP.

“The Government of Canada is committed to meeting the timelines that have been established for this program and will provide more information as the design of the program progresses,” the statement said.

However, the timetable is ambitious. If, as the Parliamentary Budget Officer has interpreted, the government decides to transfer its dental care ambitions to the provinces, it will have to obtain the buy-in of 13 provinces and territories with a myriad of existing programs and their own industrial landscape. unique.

The dental association prefers this option because it would support existing programs that need funding, be less disruptive to the insurance industry, and pose a lower risk of people going without coverage during the transition.

The Liberals followed a similar process to meet their child care cost reduction targets last year, but it took nearly a year for all provinces and territories to agree.

The politics of signing new provincial and territorial dental care agreements may also be complicated by the fact that several provinces, including Quebec and British Columbia, have been pressing for more federal health transfer money with less political interference from Ottawa.

Contracting out a federal program comes with its own headaches. Some stakeholders have told the government it could provide the best value for money, but transparency and accountability could be lost if a private company takes over the coverage.

Awarding a multi-billion dollar procurement process would normally take over a year. Companies need time to prepare a bid, government officials need to carefully review each one, and that’s it before the winning company can start working on the program.

Anyone can guess how long it would take to launch a federal office with dedicated government staff.

The government will have to choose an option before it can even begin to dive into the arguably much more difficult and detailed work of deciding what services will be covered, how much reimbursement the plan will offer and how that will affect the industry as a whole.

It is also difficult to know precisely how much the program will cost. If, as some groups fear, provincial and employee insurance plans drop coverage and refer patients to the federal program, the Liberals’ promise to the NDP could become much more costly, very quickly.

This report from The Canadian Press was first published on June 16, 2022.