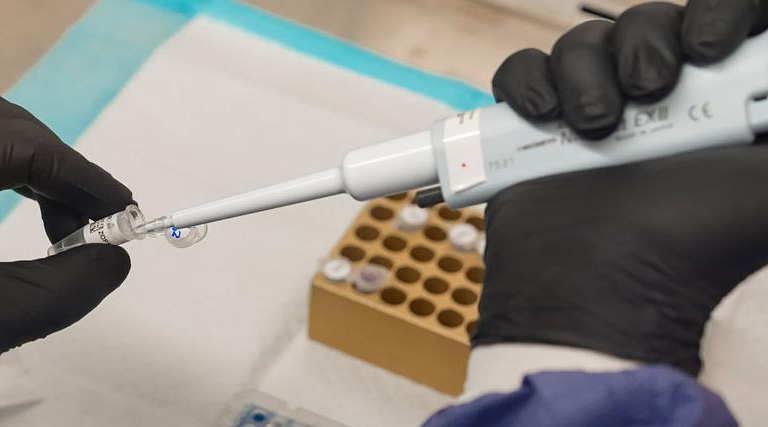 
The Tompkins County Department of Health said there were now 4,374 total positive cases in Tompkins County, three more than Thursday, with a total of 1,263,734 tests performed. They also say that 4,312 patients are listed as released from isolation after testing positive, two new recoveries, leaving 31 active cases.

At 7:30 am Thursday, the Health Department said 1,388 tests had been performed since the last update. The Tompkins County Department of Health has stopped listing vaccine statistics for the TCHD and Cayuga Health vaccination clinics. They maintained the NYS vaccine tracking information, showing that 67,593 residents of Tompkins County have a first dose and 60,286 have completed the vaccination (which could be one or two doses, depending on the vaccine).

The Department of Health says one person is currently hospitalized for COVID-19, three fewer than Wednesday. Based on a data change this winter, “TCHD only reports active cases that are hospitalized,” rather than including recovered COVID patients who remain hospitalized for other reasons.

There have been 31 deaths from COVID-19 recorded among residents of Tompkins County, including the death of an area resident reported last month. (Two deaths recorded in Tompkins County last spring were among non-residents, and the Department of Health provides separate statistics.)

Cornell University updated its dashboard on Wednesday to show no new positive cases for June 1, a total of three new positives for the week through June 1 and 0.05% positivity by rate. They say the “rolling two-week campus positivity rate” is 0.03% through June 1. Cornell says 81% of its campus population have completed immunizations, including 15,539 students and 9,395 faculty and staff as of June 1. Cornell only updates its dashboard on weekdays.

As of Wednesday, June 2, Ithaca College said it had one active positive case and 273 recovered, with no new positive for the week through June 5. They say “two-week rolling cases on campus” is 0.49% positivity rate in a two-week period starting May 19, as follow-up to additional New York State guidelines . “This includes students and employees accessing campus and does not apply to those who are far away, even if they live in the area. Therefore, this may differ from what is reported as our total number of cases which includes all known positives, whether or not they meet this definition, ”they say.

“All of the positive cases are unique individuals,” the Department of Health said. Some of the negative test results are from people who need to be tested multiple times, and therefore this number is likely to reflect the same person multiple times in many cases.

The Department of Health says its statistics now include tests Cornell University began performing on July 16. Cornell launched its own COVID-19 data dashboard on August 25.

Please note: We have posted this information daily as provided by the Tompkins County Department of Health. We realize that there are other entities that publish statistics that are not exactly alike. We will continue to publish consistent information from a consistent source.

The category retrieved from the daily statistics update “refers to people who tested positive, but who have since resolved symptoms and have been released from solitary confinement,” officials said.

Tests remain available at five sampling sites operated by Cayuga Health in the region. The current schedule is 8:30 a.m. to 4 p.m. Monday through Friday at the Ithaca Mall stores site, now in the back parking lot near the Regal Theater.

Health Ministry says people who have recovered from coronavirus infection but were not released from hospital for other reasons may no longer be listed as hospitalized for COVID-19 and are being counted as healed, but may not be reflected in their “released today”.

We asked the Tompkins County Department of Health about their choice to publish county-wide statistics only, with no breakdown by municipality in Tompkins County. “We respect the privacy of individuals first and foremost,” spokeswoman Samantha Hillson told 14850 Today. “Also, because we are a small community and have a relatively low number of cases, we don’t want to give the impression that one part of our community is safer than others.”

The Department of Health says the public must prevent the spread of COVID-19 not only to protect themselves, but also for other members of our community who are most vulnerable to getting seriously ill – the elderly, the immunocompromised and those with underlying chronic illnesses. health conditions. Anyone can take these steps to stop the spread of COVID-19 and “flatten the curve” in our community.

On the ballot: 3 bridgton candidates for SAD 61 school board

The Ministry of Health presents the Clean Plate Awards 2021 | New