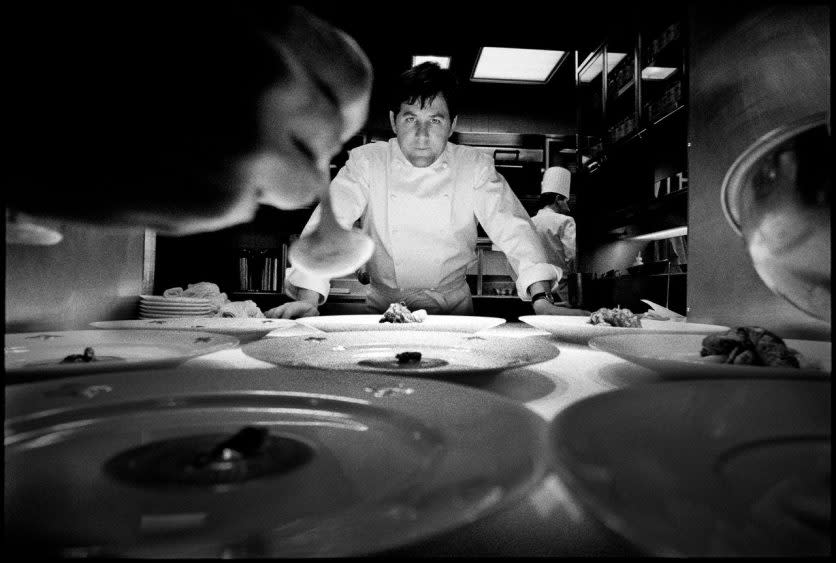 EXCLUSIVE: Before Anthony Bourdain and Gordon Ramsey, there was Charlie Trotter, the OG of bad boy chefs.

The late culinary master, who earned Michelin stars at his restaurants in Chicago and Las Vegas, is the subject of Rebecca Halpern’s first documentary Love, Charlie: The Rise and Fall of Chef Charlie Trotter. Greenwich Entertainment announced today that it has acquired the North American rights to the film, with plans to release it in theaters later this year.

Trotter has authored or co-authored 14 cookbooks, hosted a PBS cooking show, and even won a professional culinary association’s Humanitarian of the Year award, in addition to launching restaurants. to success. He was known for his savory cooking, but his tongue could be tart.

He was “a foodie revolutionary,” according to a description of the film, “but his tempestuous and competitive nature alienated many. Using never-before-seen archival material and new interviews with those who loved him and hated him, this gripping, unvarnished profile chronicles the passions of a great chef while revealing the consequences of pursuing excellence at all costs. .

“Chef Charlie Trotter’s story is a cautionary tale for anyone who identifies too closely with his work,” Halpern noted in a statement. “And while much of his journey is impressive and admirable, Charlie’s story is a warning to all of us to create healthier boundaries at work and in life. Charlie’s favorite quote, “After the love, there is only the kitchen”, is emblematic of this because, in the end, the kitchen was all Charlie had left.

The Chicago-area native had a guest appearance in the 1997 comedy Julia Roberts The wedding of my best friend, essentially playing himself as an unstable boss. He died of an aneurysm in 2013 at the age of 54. He is survived by a son, as well as a wife and two ex-wives.

Frigo said, “We are thrilled to launch our film with Greenwich, a dedicated team passionate about sharing Charlie Trotter’s story with the widest possible audience.”

Andy Bohn of Greenwich Entertainment brokered the acquisition deal with Ben Schwartz of Submarine on behalf of the filmmakers.