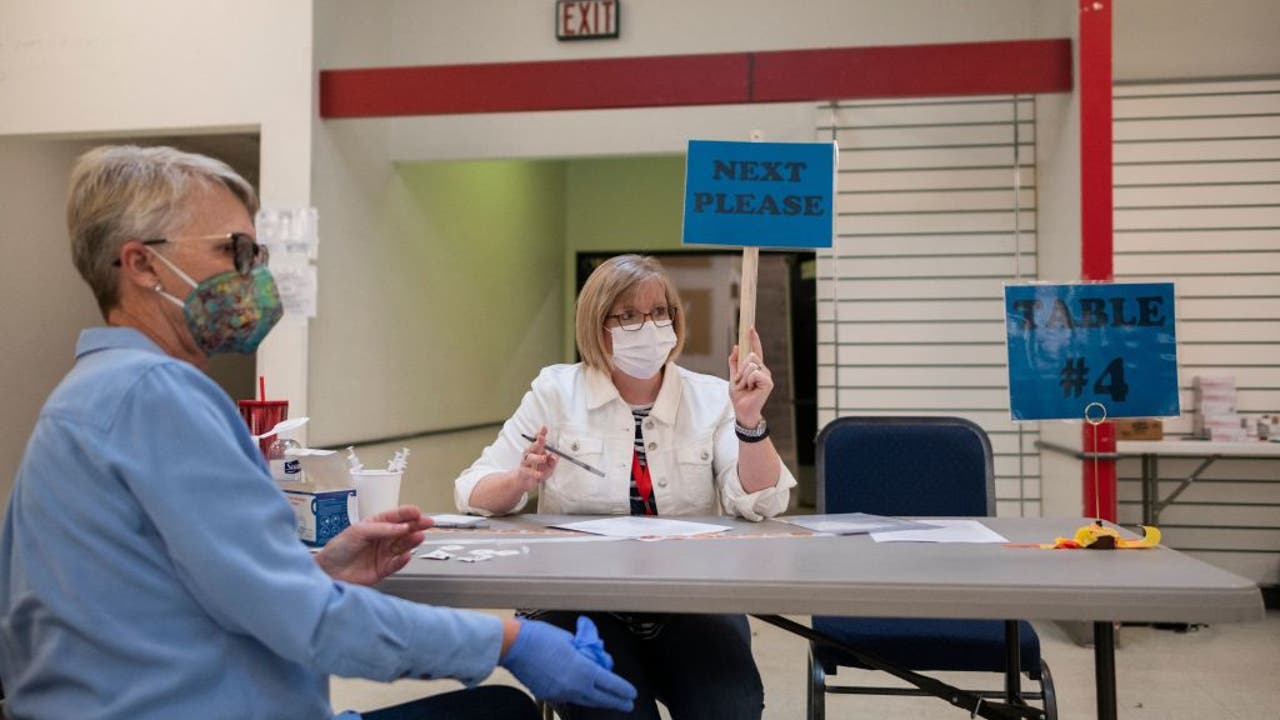 Don Curtian, director of environmental health for Anne Arundel County, said what he saw was unlike anything else in his 40-year career with the county health department. He said he often feared for the safety of his employees as they enforced COVID restrictions.

ANNAPOLIS, Md. – As COVID-19 cases decline and restrictions are lifted, health officials say they are still feeling the impact of abusive and threatening behavior over the past two years.

Don Curtian, director of environmental health for Anne Arundel County, said what he saw was unlike anything else in his 40-year career with the county health department. He said he often feared for the safety of his employees as they enforced COVID restrictions.

“When I have to call the police to get my staff to safety, that will always stick with me. I don’t want to have a conversation with any of my employees’ spouses or their families to tell them they haven’t returned home home because they were doing their job,” Curtian said.

The health department shared video of an inspector who Curtian said was enforcing the county’s mask mandate at a business and began recording when she felt threatened.

In it, a woman tries to slap the phone out of the employee’s hand and a man continues to insult and berate her while police stand by.

Curtian said another employee was surrounded in his car outside a restaurant. Someone photographed it and posted its photo and name on social media calling it a piece of s—.

“There’s a lot of scar tissue,” Curtian said. “The comments, you know, that you see on social media about how the public or locals think of you, it sticks with you.”

Former Montgomery County Chief Health Officer Dr. Travis Gayles testified in support of a new Maryland bill that will criminalize threats against health care workers at a hearing yesterday. He read a graphic and racist email he says he received while working for the county. Fox 5’s Lindsay Watts reports on the proposed bill.

“There were times, yes, I feared for my safety and also thought about the safety of my family,” Kalyanaraman said.

He said it wasn’t just those against COVID restrictions who were being abusive. Kalyanaraman said the toughest time of the pandemic was when vaccines first came out and some didn’t want to wait their turn.

“It sometimes came from different directions. It wasn’t always about doing less, but about doing more and doing better,” he said.

Across the country, there has been an exodus of public health jobs due to multiple factors related to the pandemic.

“We’ve definitely seen turnover increase. We’ve seen more people leave,” Kalyanaraman said. “And we know it’s a combination of all of the above. There’s violence, but there’s also just the hours, the stress, the fatigue. It’s cost us as a service of health.”

At the January hearing, Washington County Health Officer Earl Stoner said he installed a security system in his home after threatening his family. Dr. Travis Gayles, the former Montgomery County health officer, has shared a racist and explicit email he received during his tenure as health officer.

The bill stalled in committee, but a spokesperson for Del. Karen Lewis Young (D-Frederick), one of the bill’s sponsors, says there’s still hope it will pass this session.

“A bill like this helps send a message,” Kalyanaraman said.

“We shouldn’t be threatened with doing our job,” Curtian said.