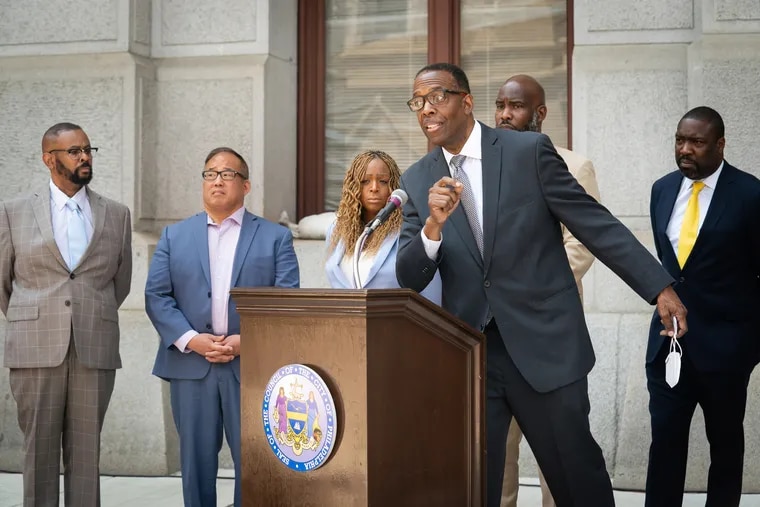 Philadelphia on Thursday announced $ 2.2 million in grants for anti-violence programs in five community organizations, the first in a new $ 22 million program to help deal with the crisis gun violence in the city.

Ranging in size from $ 1 million to $ 117,000, the grants will go to organizations that provide housing assistance, mentoring programs, trauma counseling, vocational training and music programs for youth.

City Council and Mayor Jim Kenney touted the program as a highlight of the budget deal they reached in June, and said funding for community groups would transform the way the city deals with gun violence. Kenney called the award of the first grants a “critical step” and said more would follow in the coming weeks.

City officials initially said the money would start going to community groups in September. The application deadline was then extended and the city still has $ 20 million to allocate. Funded projects must be launched or operated between this fall and next summer, depending on City requirements.

The first round groups and programs include:

The grant program is launched as the city faces a continued increase in shootings. As of Wednesday, there were 432 homicides in Philadelphia this year – a 14% increase from the same date last year – most of them by gunshot.

READ MORE: Philly invests millions in violence prevention as shootings skyrocket. What does this money buy?

Council members called for an increase in anti-violence spending during budget negotiations this spring, arguing the city should give money directly to existing community groups already working in neighborhoods most affected by violence. army.

The approved budget for the current fiscal year included $ 68 million in new spending for anti-violence efforts. But most of that spending was already part of Kenney’s budget proposal and was simply reclassified as anti-violence spending during negotiations. Of the $ 27.1 million actually added through budget negotiations, $ 22 million of that amount was for the new grant program.

“The Anti-Violence Community Partnership Grants are part of a paradigm shift in how municipal government will tackle gun violence and fund community groups dealing with the issue for years to come,” said Kenyatta Johnson, Council member, who chairs the Council’s Special Committee on the Prevention of Armed Violence. .