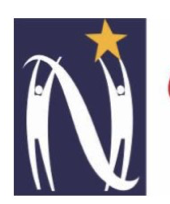 The National Association of Nutrition and Aging Services Programs announced 16 awards of nearly $50,000 in year-end grants to our members to address several distinct categories of need:

Linda Miller, Chair of the NANASP Board of Directors, said: “These awards are so indicative of the needs and resilience of members – they always bring in so little money.”

Bob Blancato, Executive Director of NANASP, said, “We are delighted to award these grants. They include support for initiatives such as:

Miller and Blancato also noted that all recipients have been notified of the upcoming 50th anniversary of the Older Americans Act nutrition program and that they expect some of these local programs to be featured in the festivities.

The programs funded by this initiative are: