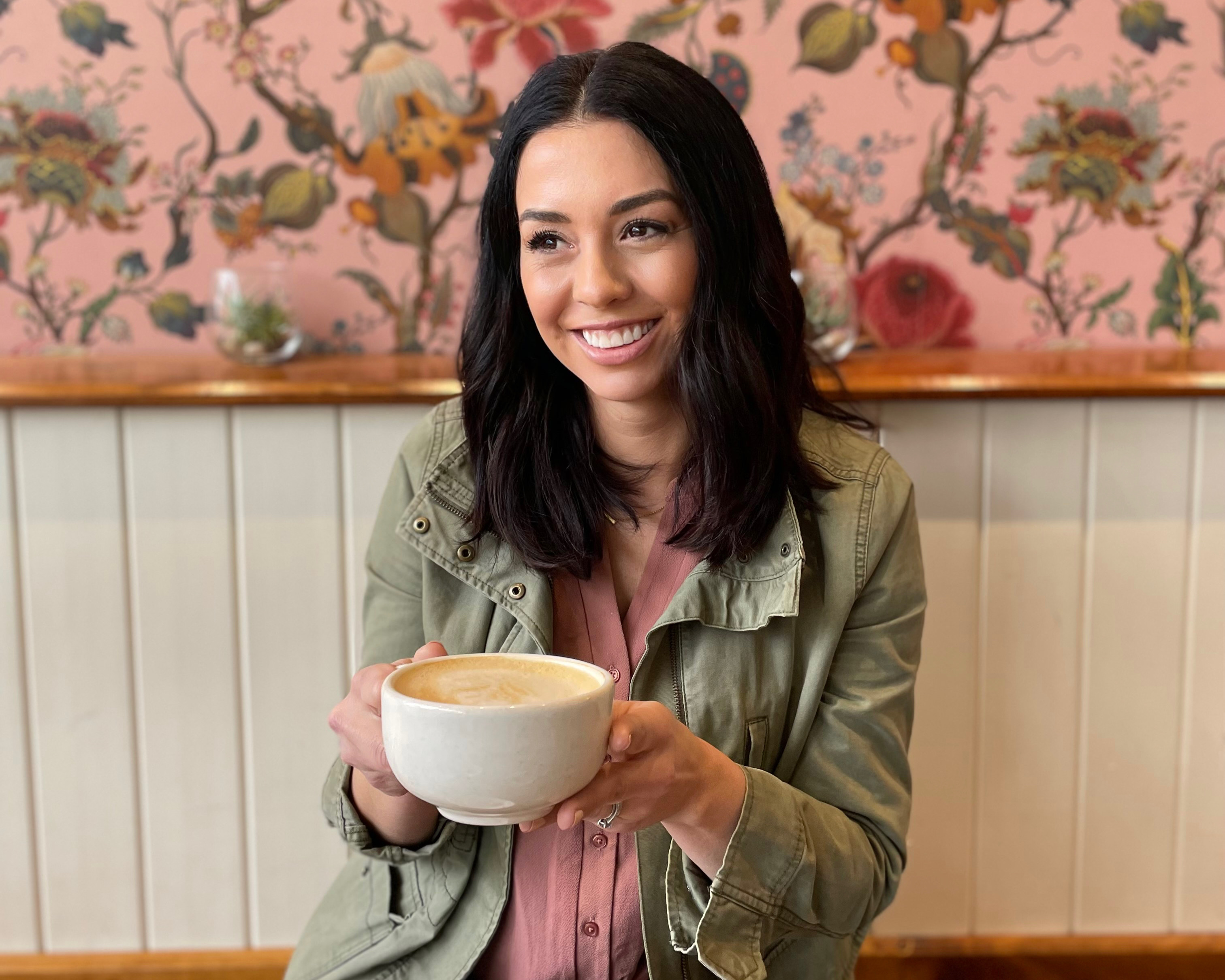 The first time I touched alcohol, I was 14 years old. It was my freshman year of high school and I was so desperate to impress older boys at a game of beer bang that I ended up drinking so much vodka and orange juice that I passed out. almost instantly. .

When I woke up, I had few memories of the night before, but I wasn’t worried. It was a party after all. Sure, I had blacked out, but nothing horrible had happened except my first giant hangover.

In my early teens, alcohol became a kind of magic elixir. It made me more comfortable in social situations, more secure in my body, and less like the awkward teenager I felt inside. Drinking helped me finally feel like I belonged.

Growing up, I had been bombarded with messages about the dangers of drugs. Constant advertisements and campaigns terrified me of touching any type of narcotic substance. But I never felt the same sense of fear when it came to alcohol.

By the time I reached Louisiana State University, I was more than ready to live up to the school’s party girl reputation. Fuzzy memories and blackouts were only part of the college experience. Throughout those years, I worked in restaurants most nights and easily had a few drinks while working, plus three or four after work.

But I never understood that binge drinking was just for college days. It followed me right into the corporate world in my twenties, with constant happy hours, end-of-year parties and corporate retreats. Endless free drinks, boozy dinners, and binge drinking all seemed key to team bonding. As long as we could hold our own in front of customers, we were good. Even though I didn’t drink alcohol every day, I often ended up binging on the weekends and couldn’t resist a happy hour during the week.

Once, during my early years as a professional, I ended up in the ER having my stomach pumped. Six months later, I ended up passing out in front of my colleagues in a restaurant bathroom during a networking event.

Both of these events planted a seed in my mind that maybe my drinking wasn’t “normal”, but I carried on as normal.

Friday and Saturday nights were spent in the bars and when “Sunday Funday” came around, I had no problem turning to the bottle before the start of the work week. Drinking on the day was glamorous and Instagram worthy. I was like, “Mimosas are a breakfast drink, so it’s good to have one on Tuesdays.”

For a long time, I thought hangovers, daytime drinking, and bulimia were all ordinary behaviors. That’s what everyone around me was doing, or at least that’s what they said. As a culture, we laugh at hangovers, but they really should be called alcohol overdoses or withdrawal. Perhaps then they would be less socially acceptable.

When I became a mother to my two children, I always thought the fog in my head was normal. After a stressful day, it was normal to open a bottle of wine. After all, I was a mother of two young children, and popping the cork is a perfectly ordinary way for busy moms to unwind.

From Internet memes to merchandise and TV shows, “Mom Needs Wine!” was a message that I received from all angles. After years of participating in this culture, I realized that my “brain fog” was actually a constant, low-intensity hangover.

Alcohol can be an easy short-term solution for parents. For me it worked like a charm, until it didn’t. Then I started counting how many weekends I had with my kids until they were 18, and how many of those I was currently spending hungover. The numbers didn’t look good.

I thought it was a matter of moderation. Maybe I liked the wine too much? So I switched to vodka, then added more rules about when and where I could drink. But, I broke all the rules and wrote each of my failures as a result of what was going on in my life at the time. It was never the booze; I believed I deserved to drink and I couldn’t imagine a life without it.

I once casually said to my therapist, “Everyone is drinking.

She replied with a worried air: “No, not everyone drinks.

It blew my mind – that some people in the world just don’t drink. I thought only people with serious problems, drunk driving and arrests should quit.

I didn’t have the typical “stone bottom”. Nothing really crazy happened. I had tried to quit several times and couldn’t last more than about a week. Then the pandemic hit. I stocked up on wine and toilet paper like everyone else. I consumed more and more alcohol to cope with daily stress. This turned into a sick cycle of frequent drinking that lasted about six months. I knew my drinking was a problem. I read all kinds of books and started going to therapy to try to quit, but nothing seemed to work.

Towards the end of my drinking days, I often drank a little more than a bottle of wine each day and still felt and acted completely normal. I found myself looking for a buzz that never really came. At that time, there was a very fine line between drinking enough to get drunk and passing out completely. I sometimes realized that I drank too much and tried to throw up what I drank to avoid a hangover. It never worked.

So sometimes I would have a hard cider in the morning, or a drink at noon just so I wouldn’t feel like I was completely dead. I would curse myself for having drunk too much the night before and swear not to drink alcohol again forever. Then the next day I overdid it again and went back into the cycle.

I promised myself that I could drink sensibly and that this time it would be different, but then I would end up drinking too much and end up drinking the next day so I wouldn’t want to die. This all happened quickly, over six months in 2020.

My last drink was on Christmas Day 2020. After drinking almost an entire bottle of champagne and a bottle or two of red wine, I woke up with my usual hangover the next morning. When my immediate reaction was to pour peanut butter whiskey into my coffee, I knew something had to change.

The first 30 days of sobriety were incredibly difficult. I felt like I was walking
with an open wound. I was very concerned about what other people thought of my decision not to drink and the idea of ​​living a life without alcohol was terrifying, I couldn’t imagine what it was going to be like. Social and professional events became difficult and I spent a lot of time worrying about all possible situations and reactions.

So, I had to say “no” to a lot of things at first. I knew that most situations would be too triggering and I needed time to adjust to this new alcohol-free life.

The first big event I went to was at my friend’s house. She was throwing a huge Seahawks party and soon I started getting overwhelmed with all the shots people were drinking. I ended up walking out of the party, driving home and taking a nap. When I came back to pick up my husband, no one had even noticed that I had left.

In the beginning, changing my routine at the end of the afternoon was essential. The urge to drink for me occurred around 4 p.m. I knew if I could make it until 7 p.m. without drinking, the cravings would pass and I would be fine.

Some days were easy for the first few months, and I had no urges to drink at all, but it took me a good six months of not responding to the urges to feel like I was in control. The other days, it took everything in me not to stop at the store and grab a bottle of wine.

The biggest challenges were in the social relationships in my life. Some of my friendships have been formed while drinking wine. It’s sad to see the truth that there may not have been a real connection. But I’m lucky that most of my relationships have improved since I quit drinking. Especially with my husband and kids.

I also had to walk away from my business. The fog lifted after I stopped drinking, and I could see more clearly that things weren’t right. It was a huge loss as it was something I had been working on for over a decade. I am now happy because I know the path I am on is more in line with what I am meant to do in my life.

Instead, I made sobriety my full-time job and was blessed with a very supportive husband and time to spend devouring all the sobriety books and podcasts. I was also in weekly therapy and attended meetings with other non-alcoholic mothers. It took a long time, but that was what I had to do to make it stick.

Every aspect of my life is better because I’m alcohol-free. This does not mean that everything is perfect or that I have no more problems. It’s just that alcohol is no longer a part of my life and therefore no new problems arise because of it.

I was able to deepen my authentic self and uncover some core issues that drove me to drink alcohol in the first place. There are other benefits that I like; clearer skin and less bloating. Overall I feel healthier and sleep much better now.

Alcohol stole the little joys from my life. I now find pleasure in small things like a cup of coffee and snuggling up to a really good book. I’ve missed too much of my life being numb or hungover. A life without alcohol, for me, is a better life.

Tessa Lowe, 40, is a mother of two from Seattle who quit drinking during the pandemic. She now provides tips and resources for those looking to quit drinking. For more information, visit his Instagram or TikTok pages under @tessarlowe.

All opinions expressed in this article are those of the author.

As told to Monica Greep.