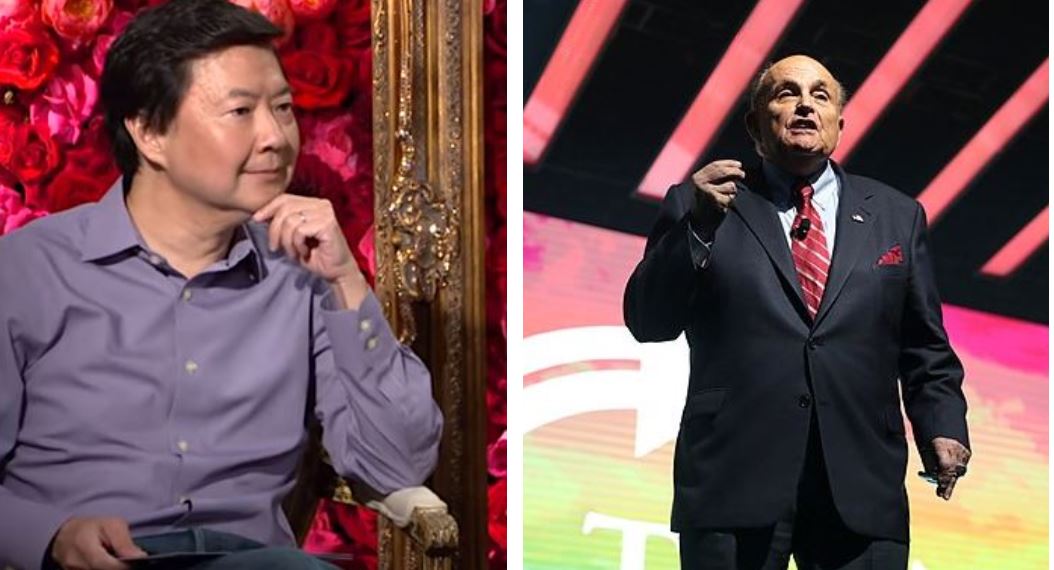 The revelation of Rudy Giuliani as a masked singer on the Fox program has angered Judge Ken Jeong.

The comedian left the set when Giuliani was revealed to be the contestant.

For those unfamiliar with the program, guests hide behind masks and judges have to guess who the celebrity might be.

According to Entertainment Weekly, Jeong, who is also a doctor, blames Trump and Giuliani for spreading misinformation about the COVID pandemic. Giuliani is also banned from practicing law in New York for making false claims about Trump’s defeat in the 2020 presidential election.

“Ken was incredibly vocal about how the previous administration handled a lot of things, but especially COVID-19 and found a lot of what they said not just wrong but dangerous,” a source told People. “Getting someone who helped spread misinformation and question the accuracy of our election and democracy to appear on his show was going to set it off.”

Representatives for both The Masked Singer and for Jeong did not return the magazine’s request for comment.

The Masked Singer returns to Fox on March 9.

AsAmNews has Asian America at its heart. We are an all-volunteer effort made up of dedicated staff and interns. Check out our new Instagram account. Go to our Twitter feed and the Facebook page for more content. Please consider doing an internship, joining our team, submitting a story or making a contribution.

The Ministry of Health asks for vaccinations and boosters