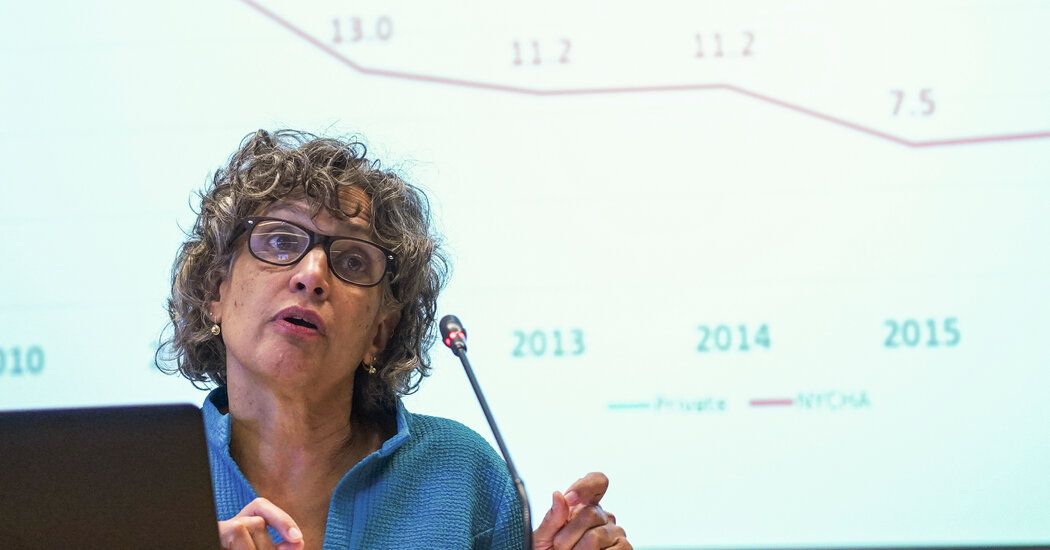 Mary Bassett, who has been hailed for leading New York City through a series of health crises, was named the state’s new health commissioner on Wednesday.

Dr Bassett headed the city’s health department for four years until 2018, and joined the state after a stint as director of the FXB Center for Health and Human Rights at Harvard.

Governor Kathy Hochul’s announcement comes less than a week after Dr Howard A. Zucker, the current health commissioner, announced he would step down following political pressure arising from his role as head of the state’s response to the pandemic under former Governor Andrew M Cuomo. Dr. Bassett’s appointment will take effect on December 1.

“Our recovery from this pandemic requires proven leadership and experience to improve equity and access to health statewide, and Dr. Bassett is uniquely equipped to lead the State Department of Health. New York at this critical time, “Governor Hochul said in a statement on Wednesday. . “Dr. Bassett is both a highly regarded public health expert and an exemplary public servant, and I look forward to working with her to keep New Yorkers safe and healthy.

“I am honored and honored to return to my New York State to lead the Department of Health at this pivotal time,” Dr. Bassett said in a statement.

Dr Bassett was praised for her handling of the Ebola crisis in 2014, as well as for leading the city’s response to an outbreak of Legionnaires’ disease and the threat of Zika. She was known for taking racial justice and social equity into account when shaping city health policy, developing neighborhood health centers with the goal of better serving New Yorkers most. vulnerable.

But the health department also came under intense scrutiny during his tenure for his handling of lead paint inspections in New York’s public housing system.

At the start of the coronavirus pandemic, she was one of the authors of an editorial urging Mr. Cuomo, then governor, to release older and high-risk inmates, as well as those incarcerated for violations of the law. parole non-criminal and those about to be released from state prisons and prisons.

“It is not only a health problem of the incarcerated people, but also a public health crisis which threatens to become a humanitarian catastrophe,” the editorial warned.

She graduated from Washington University, Harvard and Columbia University, where she also taught. She spent seventeen years in Zimbabwe developing AIDS treatment interventions and consulting with nonprofit organizations, including Unicef ​​and the World Bank.