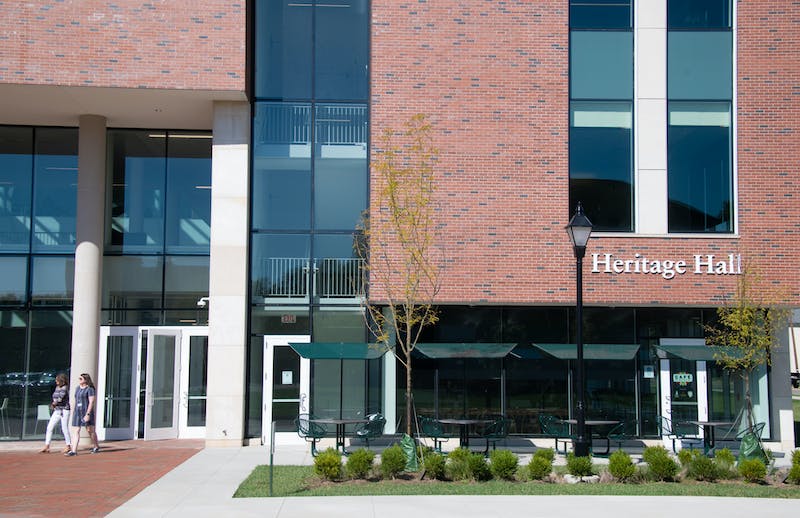 A bivalent vaccine is a vaccine that protects against two viruses. These clinic-administered vaccines protect the body from both the original strain of COVID-19 and all five Omicron variants, Gaskell said. Omicron five is the variant that currently causes the majority of infections and is highly contagious, he said.

The service expected 300 people to come to the clinic, but it also treated a few walk-in people.

Jack Pepper, administrator of the city of Athens’ health department, said the clinic mostly sees people who are not of “typical” student age.

The health department held all of its mass vaccination clinics at Heritage Hall as it is better suited for larger scale vaccination operations due to its size.

“It’s just much more efficient for us to deliver a high volume of vaccines from this facility than from our own facility,” Pepper said.

In addition to allowing the department to host its clinics at Heritage Hall, Ohio University also announced the event on campus through several different channels, said university spokesman Jim Sabin.

“The current numbers, I will say, are a little misleading,” Pepper said. “We know there are a lot of people at this stage who are not testing at all because the disease is not as virulent as it once was, or they are testing at home and not reporting to us. home test results. .”

The health department likely won’t be hosting vaccination clinics as they have been for the past several years since the COVID-19 pandemic began.

“I don’t foresee that we’re going to vaccinate people every four to six months, indefinitely. I think, and the great hope is that this vaccine might have more durability and last a bit longer than our previous messenger RNA vaccines,” Gaskell said. “Hopefully this one will provide longer protection.”