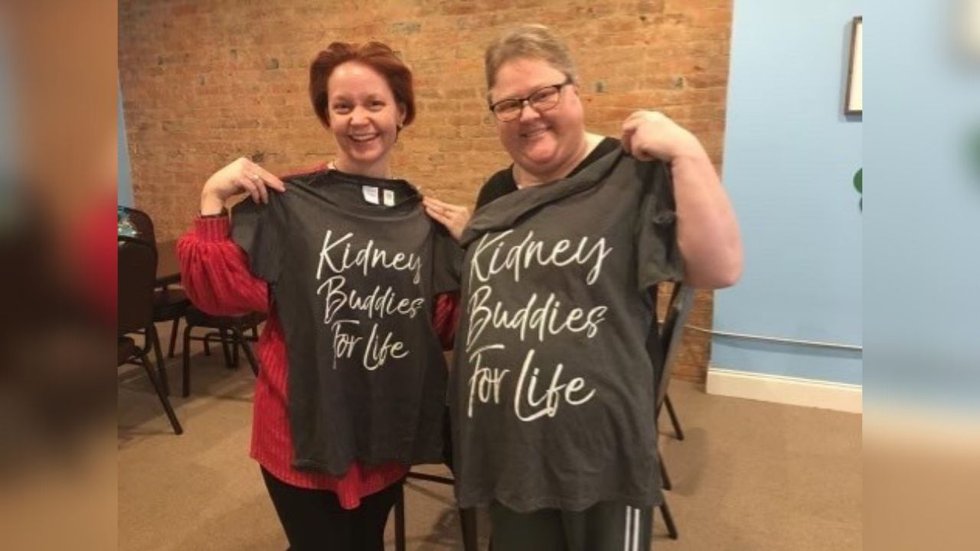 FRANKLIN, Ky. (WBKO) – A heartwarming story this holiday season, a wife from Franklin needed a kidney transplant, and one of her best friends turns out to be a perfect match.

For years now, they have formed a special bond. “We met in 2015. I found our stories to be really similar, we’re both single moms and our daughters are a few years apart,” said April Sermons.

After several trials and tribulations, Brady learned in 2019 that she was suffering from an autoimmune disease.

“It’s called vasculitis, (it) had been slowly and silently attacking my kidneys the entire time, and by the time they found it, it was stage five,” Brady explained. She knew she would have a long way to go.

“Everything finally came to a head in September 2019, I ended up in intensive care. I was in complete fluid overload, very close to death, ”she said. Brady said she even prepared her daughter for a possible life without her mother.

Throughout all the trips to the hospital, and working in between, Sermons was there for her friend all the time. “She and I talked almost every day,” Brady said.

Brady turned to dialysis in October 2019, but it’s not the most durable treatment. “It has been a blessing and a curse,” she said. “I mean it saved my life but it was really hard to take.”

In January 2020, Brady began the process of getting on the organ donor list. She said that was the only option she had left unless she wanted to stay on dialysis.

“People can live with that for 20 years, but personally I don’t know how because it’s difficult, you know, so the transplant was the end goal,” Brady said.

Without telling anyone, Sermons began to get tested to see if by any chance she was compatible.

From there, it was time to break the news to Brady. They said it was a touching conversation, to know Brady would live a healthier life. Not only were they nearly perfect, but Sermons was ready to go through the process without hesitation.

“People ask me, ‘Why would you do this? I look at them and say, ‘why not?’ If I can give someone the gift of life, ”Sermons said.

The two will now have an even closer bond forever. “The Bible says the greatest love has no one but to lay down his life for a friend, and she is living proof of that every day,” Brady said.

Sermons encourages others to consider becoming a living organ donor. “You have to do some research on the living donor program,” she said. “I had no idea there are about 90,000 people waiting for a kidney.”

On the other hand, Brady encourages everyone, especially women, to always stand up for their physical health, if they know something is wrong.

“It doesn’t mean that there aren’t amazing doctors because there are,” she explained. “But, unfortunately, just with all other professions, doctors are busy, and sometimes they just assume things are going well.”

Brady also said the American Kidney Fund has been a great resource for her. The non-profit organization helps people with kidney disease by providing financial support for medical bills. They also work to aid research efforts and more. Brady said that if you’re looking to give back this holiday season, the American Kidney Fund is doing a lot to help patients across the country.