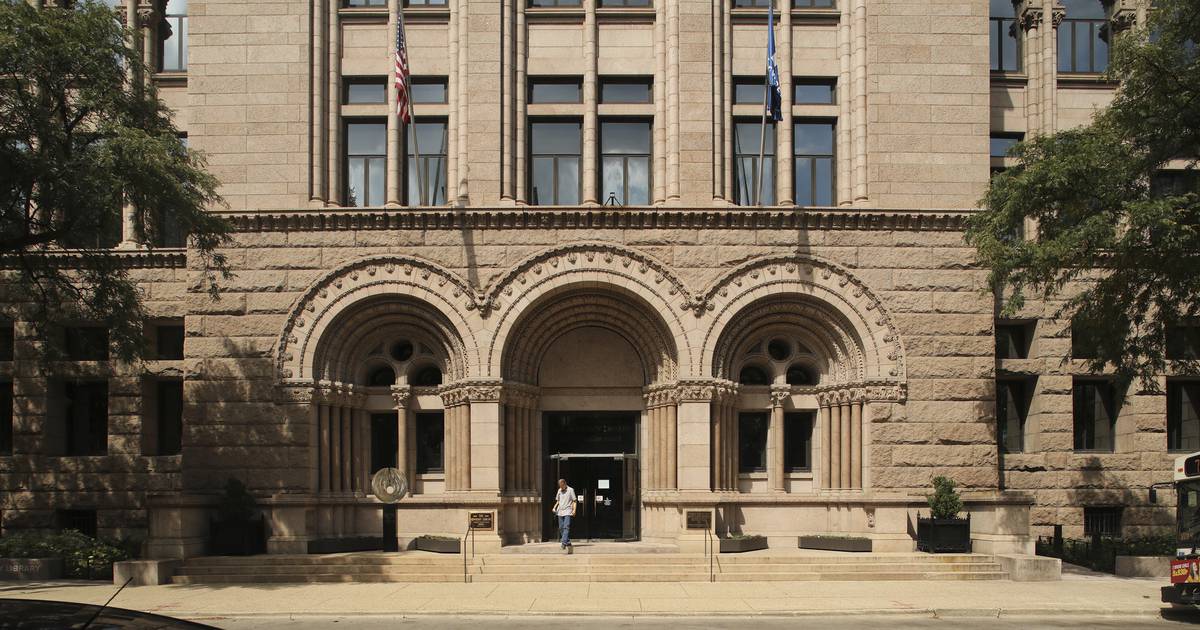 For a while I was the ‘Mayor of Bughouse Square’ and last weekend this place, which is the oldest park in town, was packed with people and dogs. This is often the case and has been the case for generations, ever since some cautious real estate developers in the area thought the presence of a park would boost the sale of their buildings and donated the three-acre land to the city ​​in 1842.

It is across from the Newberry Library, between Dearborn and Clark Streets and Walton Street and Delaware Place. Its official name is Washington Square Park, but for a long time it was more commonly known as Bughouse Square. “Bughouse” is a slang term for a mental health facility and for a long time is what this place often looked like, a sort of outdoor madhouse.

From the 1880s through the 1930s, people came to the park and stood on soapboxes or crates and spouted their passions, their theories, their follies and their philosophies to anyone who would listen. Some were famous and smart (Carl Sandburg, Emma Goldman, Eugene V. Debs). Many others were anonymous goofs, anarchists, dreamers, poets and preachers. Some of them were crazy.

In the mid-1980s, an event was created to “honor” this era. The Bughouse Square Debates were devised by social historian and author Arthur Weinberg and his wife, Lila, a historian, author and teacher.

Arthur served as the event’s emcee, the ‘mayor’, and after his death in 1989 others filled that role, most dramatically author and activist Studs Terkel, who had spent some of his first years of listening to speakers from the rostrum. As he writes in his book ‘Touch and Go’: “I doubt I learned much (at the park). One thing I do know: I enjoyed it. had meaning, except one: the meaning of life.

After Terkel died in 2008, I served as “mayor” and heard moving, remarkable and, yes, seriously insane speeches and arguments.

It’s over and the reason for the change is a good reason.

“We live in a time when there is a lot of shouting at each other and very little listening,” says Newberry President and Librarian Daniel Greene.

He is right, of course. It only takes turning on a TV or radio or talking to the person next to you on the bus or the tavern to realize that there are more than enough heated debates and nasty talk in our daily lives. .

But the Newberry has a very creative staff, so rather than just gutting the proceedings, they chose to replace them with what they call “Chicago Storytelling in Bughouse Square.”

The first will take place on Saturday afternoon and will include – and the public can participate in some of them – things such as spoken word and poetry from people such as the city’s first youth poet laureate, E’mon Lauren; leading storytellers on the scene, like author/teacher Bill Savage; music; Food and drink; and, on the library steps, performance artist Tim Youd retyping Nelson Algren’s “Man With the Golden Arm” and talking about his intriguing “100 Novels Project.”

The centerpiece of the afternoon will be the presentation of the Pattis Foundation Chicago Inaugural Book Prize, presented by the Highland Park-based non-profit organization.

“Lisa Pattis is a member of our board of trustees and she and her husband Mark created this award,” says Greene. “They wanted to promote the Newberry and specifically the idea of ​​reading about Chicago in Chicago.”

A small committee read 47 books and in April “went into a room and wrote it,” says Greene.

The winner that emerged was my former Tribune colleague, Dawn Turner, for her wonderful book, “Three Girls in Bronzeville.” It comes with a substantial monetary gift, $25,000, and others will also be honoured: Elly Fishman for her “Refugee High: Coming of Age in America”; “Louis Sullivan’s Idea” by Tim Samuelson; “Sun Ra’s Chicago: Afrofuturism and the City” by William Sites; and “The Great Chicago Fire” by Carl Smith.

They each receive $2,500, which is more than enough to satisfy their literary cravings at the annual Newberry Book Fair. Now deep into its third decade, having been on “holiday” for two pandemic years, the sale takes place Friday through Sunday from 10 a.m. to 6 p.m.

It’s a feast. Inside the library, spread over several rooms, you will find around 40,000 second-hand books. They are sorted into over 70 categories such as thrillers, cookbooks, children’s books, mysteries, stories, dance, drama and everything in between, as well as maps, records, CDs, DVDs and postcards. It is a cashless event so only debit and credit cards can be used, but there is no admission and many books – all given away throughout the year and all proceeds going to at the library – can be had for as little as $3.

“There are treasures to be found,” says Greene.

Born before large numbers of people started reading books on electronic gadgets, this sale has always been an affirmation of the power of ink on paper, the pages between the covers.

“The Newberry is a place for people who love books,” says Greene.

This is an entirely voluntary effort. It was run for many years by Dan Crawford, who was the book fair manager. He sorted the books that were donated, organized them, and rated them.

Years ago, he charmingly told me, “I play with books all the time. People drop boxes or bags and I never know what’s in them. Always surprises. It’s also, I think, what attracts people to the fair. At our prices, people can try authors they’ve never heard of before.

If this weekend isn’t enough for you, “Bughouse Square: A Story in Song and Story,” arrives August 27. It will feature food and music and some people will talk about the park’s colorful history. I was asked to say a few words.

Maybe I’ll remember the speaker from the rostrum whose topic was “Is it OK to hit a Nazi?” and was himself stricken or perhaps I will indicate the place where Studs Terkel and his wife Ida are buried. Yes, this place was so important to him that he chose it for eternity.

To stem the spread of monkeypox, health services are tapping into the networks of those most at risk