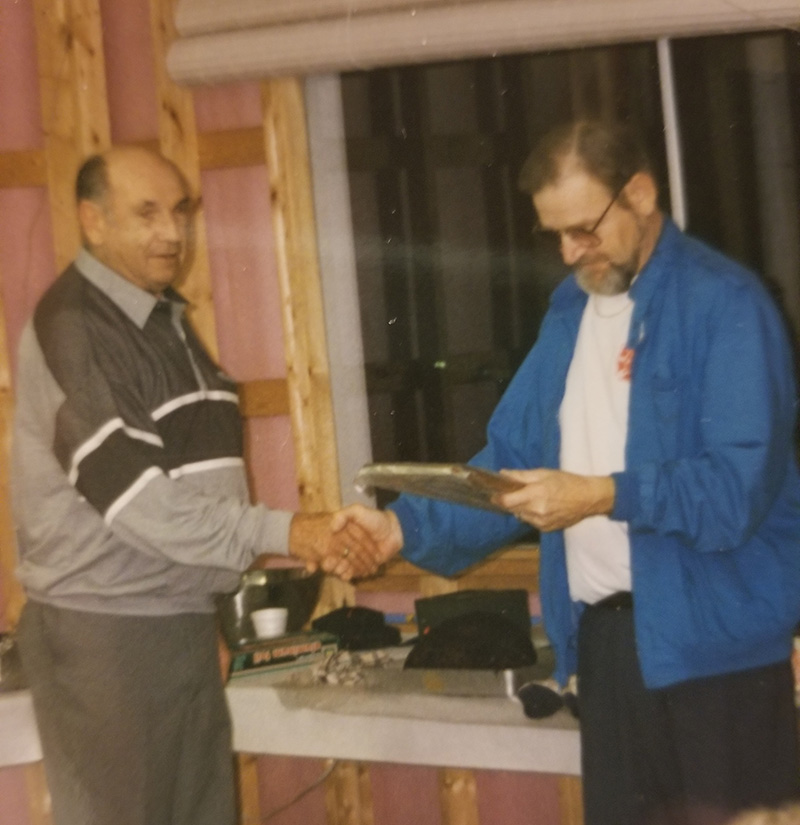 One volunteer, how many lives affected

ROSCOMMON – It’s been said that in the military, soldiers are told to “never volunteer.” The premise being that you can get a “dirty or dangerous” mission. When we volunteer, we don’t always consider the impact our service can have on others. Our actions may affect just a few…or thousands. The actions and commitment of four men 43 years ago had a huge impact on County Roscommon and surrounding areas.

In the spring of 1980, the Michigan State Firefighters Association (MSFA) contacted Jim Stender, then president of the Roscommon County Firemen’s Association (RCFA), and asked if the Roscommon firefighters could organize something after the dedication of the new memorial statue firefighters, as entertainment. for attendees. Stender approached the County Fire Chiefs Association for ideas. A 22-man committee, including firefighters, the DNR, and businessmen from across the county volunteered. They have planned and organized a party to be held in the large hangar at DNR airport. Under the direction of Bruce Lorion, in 1981, this committee again organized entertainment.

When approached in 1982, the members of the RCFA felt that it was too much for them to continue, it had become a bigger business than expected. Lorion, then, a 24-year veteran and officer with the Gerrish Township Fire Department, said “I’ll do it.” Lorion, Stender, Roy Milnes, and Larry Schmidt formed the Michigan Firemen’s Memorial Festival Committee (MFMFC) that year. Lorion said he could see “value” for the county and the community in continuing the “Festival.”

These men, their wives and extended families worked tirelessly to create an organization, get fire vendors and firefighters to attend, improve the festival grounds and much more. Carol Stender served for many years as the organization’s treasurer, JoAnn Tyler-Milnes as chair of parallel committees, and Jan Lorion as secretary. Their son Charlie was active with the Gerrish Fire Department and MFMFC until his passing.

Originally from Detroit, Lorion’s family moved to Roscommon when he was around 12 years old. Her grandmother lived here and one of her brothers had moved in with her. Lorion’s brother worked as an electrician in the area, recognized the need for a good plumber and suggested the family move as well since his father was a plumber. In his youth, Lorion helped his brother and his father. While in high school, he worked at the state park renting paddle boards, painting, and fixing boats for fifty cents an hour. He also worked for Bertl’s Chevrolet and Fuelgas during his early years of marriage.

High school sweethearts, Lorion and his wife Janette will marry on October 26, 65 years old. They had two children, Debbie Donnelly and the late Charlie Lorion. In addition, they are very proud of their great-grandchildren.

Bruce and Jan have been hampered in recent years by health issues, but at 85 he is still considered an active member of the festival committee.

Lorion’s dedication and sense of community service is not limited to the MFMFC. Although he never served in the armed forces, he was an active member of VFW #4159. His father served in Korea and was a member of the post. For much of his adult years, he worked for Camp Grayling, where he retired 26 years ago.

The MFMFC, however, became a major focus in his life. At one point it was noted that “the Firefighters Memorial obviously had a very special place in his heart, as he spent nine months of the year devoting his time and effort to making the weekend run smoothly”.

From the first festival organized, Lorion was president of the MFMFC for twenty-five years. The event eventually passed DNR airport property and moved to the county fairgrounds.

As the number of participants increased, the need for a larger facility became a reality. 1991 the building which became known as the Big Red Barn was completed. The meeting room and the classroom were added later. Over the years, the electrical, plumbing and speaker systems have undergone many upgrades. When it came to who to contact or how to get a job done, the committee turned to Bruce.

Eventually the Roscommon County Fair was disbanded and ownership of the fairgrounds returned to the county. Lorion asked the county for a fifty-year lease to the MFMFC at $100 a year. The County Roscommon Commissioners agreed and the ground became known as the County Roscommon Fire Training Ground. A year later, county commissioners changed that agreement to a 100-year lease at no cost.

MFMFC, under the leadership of Lorion and board members, has been able to give a lot to Roscommon and the surrounding communities. We may never know the lives touched by his volunteerism, but it should be safe to say that, in the case of Bruce Lorion, they number in the thousands.