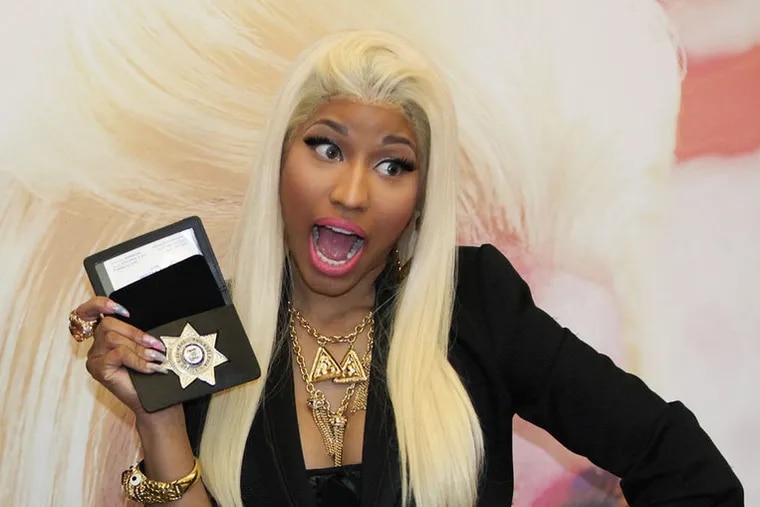 Talk about the attitude of City of Brotherly Love.

Even the Philadelphia Department of Public Health was feeling it last week. And now, the Twitter universe is in turmoil.

The hubbub began on Wednesday when rapper Nicki Minaj tweeted the comment “There’s nothing like watching someone speak with confidence about something they know nothing about.”

What she was referring to was unclear.

Well, someone posting on behalf of the official Philadelphia public health account grabbed this tweet afterwards to resurrect a controversial tweet from Minaj from five months ago in which she chronicled the adverse testicular reaction of a friend of a cousin to the COVID-19 vaccine. The message from the public health agency was accompanied by the raised-eyes emoji.

“My cousin in Trinidad won’t get the vaccine because his friend got it and became impotent. His testicles became swollen. His friend was weeks away from getting married, now the girl has called off the wedding. So pray on it and make sure you are comfortable with your decision, not bullied,” Minaj tweeted in September.

The rapper obviously didn’t appreciate the health department‘s trolling. Minaj, who said last year that she had COVID but wanted to do more personal research on the vaccine, accused the agency of posting her tweet “for the pledge.”

“They are trying to shame people for advising others to PRAY, BE COMFORTABLE and NOT BE BULLYED,” the rapper tweeted. “I’ve never seen a vaccine trigger so many shame and fear tactics. Have you?” she added, with a hashtag promoting her new single “Do We Have a Problem?” with Little baby.

Both performers were featured at the Made in America music festival in Philadelphia. Minaj’s claims about the effects of the vaccine were refuted by officials last year after her controversial tweet.

The health department refused to jump any further into the fray. Well, not much further.

“It’s all about love!” the agency tweeted, along with two laughing emojis.

STEVEN ROBERTS: US could use a few more Americans | Opinion