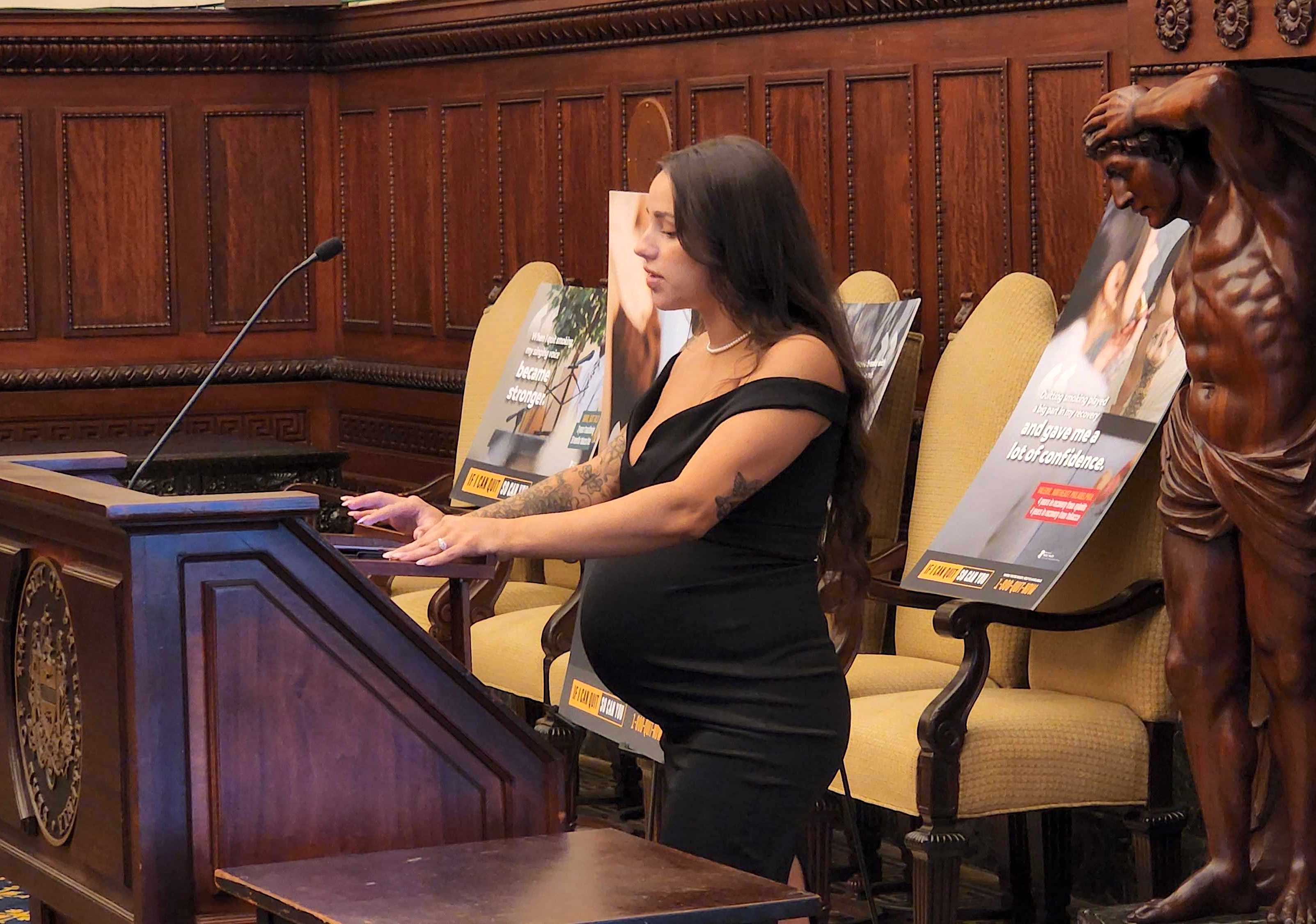 Valerie Andreyeva is also present in the advertising campaign. She is currently pregnant, which motivated her to quit.

She called smoking a “dark addiction” that led her down a path of self-destruction, including drug addiction. The pregnancy caused her to quit, so her baby was “safe and protected.”

Andreyeva promised to be careful that her child does not follow the same path as her. “I don’t want my child to be exposed to the negative side effects, especially if I can prevent it,” she said.

Mike Gnatovskiy shared his struggles with drug addiction as part of the campaign. He said of all his addictions, smoking was the last to go because it was so common in his family. He started smoking when he was 11 and said it was the gateway to other drugs he had become addicted to.

“During my ten years of countless overdoses, life began to feel pointless, and I finally reached my crossroads. I knew enough was enough,” Gnatovskiy said. “In 2017, I made the decision to change my life and my long years of drug addiction. After several tries, I was finally able to stop using opiates”

Gnatovskiy said he quit smoking by taking up new hobbies and going to the gym. He offered this advice to those thinking about quitting smoking. “Stay free from all substances and you will live a better, happier and healthier life.”

The first phase of the campaign will run from mid-July to the end of October and will feature testimonials from new mums, people in recovery, people with substance use disorders and an industrial worker restaurants and hotels.

The second phase will run from early September to late October and will add additional testimonials from the LGBTQ+ community, active duty members and armed forces veterans. The campaign cost of $475,000 is primarily funded by federal tobacco regulations, although just over $100,000 from the city’s general fund will go to the effort, which includes both traditional media and non-traditional.