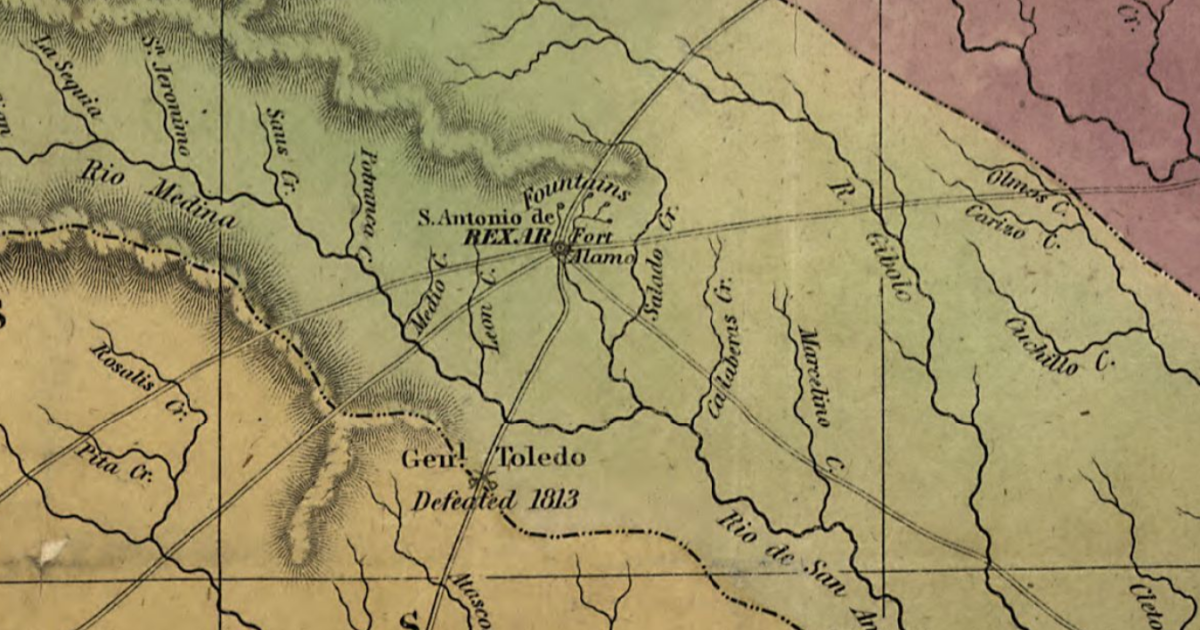 Researchers discover artifacts possibly linked to the 1813 Battle of Medina

The 1813 Battle of Medina was one of the largest and bloodiest battles in Texas history, but little is known about it, including the actual location of the battle. He landed an army of about 1,400 white, Tejano, and Native American volunteers against about 1,900 Spanish Army regulars. Almost all of the Texan soldiers were killed in battle. New research from the Battle of Medina has revealed some tantalizing clues.

Historic podcaster Brandon Seale recently gave a presentation in the gymnasium at South Side High School in southern Bexar County to present the research findings. Earlier this year, a team of archaeologists, anthropologists and veteran volunteers began a search focusing on four different sites in southern Bexar County. One of the excavated sites was a few hundred yards behind Losoya Middle School. It was the largest organized effort to find the site of the battle.

One of the research partners is the Center for Archaeological Research at the University of Texas at San Antonio. Clint Mackenzie, an archaeologist with the project, said the search turned up some tantalizing artifacts, possibly from the battle, including one artifact in particular.

“The artifact that was recovered this season that is most important to us is a piece of iron scrap. It’s a scrap of the size one would expect from a Spaniard, you know, scrap of scrap of the time,” McKenzie said.

“This is an archaeological metal detecting project,” McKenzie said. “One of the items we found was a big five-by-five-foot piece of cast iron. And when we turned it over, it had, you know, a molded impression on it that said, you know, William Canady , Baltimore. And what it is is the cast iron frame of a William Kanabe grand piano. And why there is a small grand piano in a field in southern Bexar county…I don’t really don’t know if I can answer this question, but I’ll do some research and hope to find out.

The piano has been estimated from the mid-1850s.

“It was not played at the Battle of Medina,” McKenzie said. “But I’ve been doing archeology for 40 years and I’ve never found a piano before. So, you know, it was new to me.”

So what’s the next step in research? Seale said efforts will be focused in areas where the cannon and musket balls were found near Gallinas Creek, about six miles south of the Medina River.

“Now we have to step up. We have to step up the coverage,” Seale said. “We have to expand the grid across the fence line, basically. We have to expand. The hardest part is you have to start wide and then narrow. But once you find something, you have to go deeper. You need to dig deeper into what you found. But it’s also important for us to go and look for a few other sites that aren’t immediately adjacent to where we found stuff, but other sites that people have claimed on base either small discoveries or archival research that they’ve done Because again part of what we’re trying to do is prove the work of academics who have spent a lot of time working on this We want to get back there with our aircrew and look for other sites in particular, all in the same general area, all close to the old Pleasanton Road area to try and continue to refine the ‘battlefield location.’

The other partner in the search for the battle site is the American Veterans Archeological Recovery Project, AVAR, which has carried out several major archaeological projects in the United States and Europe. Avar recruits American veterans for much of the work. Volunteers receive specialized training to search for artifacts. Seale said they are looking for more volunteers once the search continues.

The next search is expected to start late this year or early 2023.