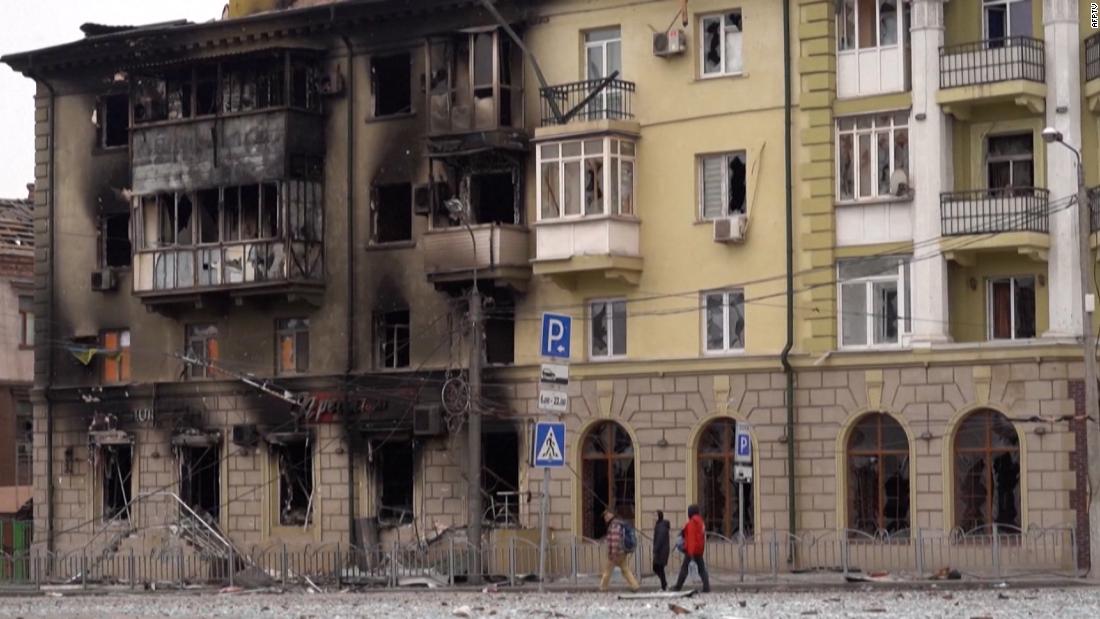 The worst thing I have seen since arriving in Kyiv almost a month ago is said to be the body of a man that we were shown in a backyard in Borodianka, northwest of Kyiv.

We were taken to the site by the owner of the house, who had fled the city in the early days of the war. She returned as the invading troops retreated, only to find her home had been ransacked by Russian soldiers.

Behind her garden shed, she showed us a man, with a bag over his head, his hands tied behind his back and his pants pulled down, exposing his underwear and his badly bruised leg.

He had a bullet wound to the head and a single casing still lay next to his body.

He appears to have been tortured and executed by Russian soldiers, although we don’t know for sure what happened to him.

At that time we had already seen the now infamous mass grave of Bucha, but the image of this man stuck with me – I find the individual more relevant than the collective. It is easier to compartmentalize, to dissociate a group from the humanity from which it has been despoiled.

A bit of context: Borodyanka was home to 13,000 people before the war, but most fled after the Russian invasion. What remained of the city, after heavy shelling and devastating airstrikes, was then occupied by Russian forces, which intervened on February 28. The city returned to Ukrainian control on April 1.

Read more about what CNN reporters witnessed in Ukraine here: