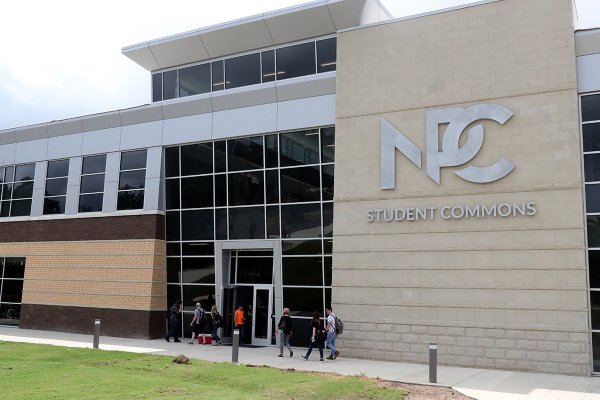 A state council’s vote against a two-year college’s effort to start a nursing license program in Hot Springs came despite local hospital leaders saying a shortage of nurses is “unsustainable” and the “number one threat” to future plans.

In a 5-2 vote on Friday, members of the governor’s Higher Education Coordinating Council mostly expressed distrust of setting a precedent for two-year colleges to seek the approval of a similar expansion in baccalaureate programs.

Previously, board members opted out of a financial proposal to build student housing submitted by Southeast Arkansas College, a community college in Pine Bluff.

The school president described a shortage of housing for students in the area, but some questions were raised by board members about financial projections and also how housing generally aligns with the schools mission of two years.

The National Park College proposal had top administrators at four-year universities opposing it while hospital officials — joined by state lawmakers — called for approval.

Scott Smith, chief executive of the National Park Medical Center which also oversees Saline Memorial Hospital in Benton, said more than $6 million was spent paying travel nurses in 2021, with around $1.5 million spent so far this year.

“It’s not sustainable. There’s no nursing funnel in our service area to get nurses,” Scott said.

“I can echo all of the financial concerns Scott mentioned,” Ross said, adding, “The number one threat to our strategic plan is our ability to bring in highly qualified nurses.

State board members, who met online via Zoom, spoke about the need to consider existing programs as well as the role of community colleges.

“I absolutely support nursing programs,” said Al Brodell, longtime Jonesboro Hospital administrator and chairman of the board, before the vote.

“It’s about educating the Coordinating Council about the unique programs that community colleges offer,” Steven Bloomberg, president of Southeast Arkansas College, said in a phone interview, noting how the college offers a program in respiratory therapy, for example, which attracts students from across the state.

Pine Bluff College had sought approval for a $33 million lease-purchase agreement involving construction of up to 316 student housing beds as well as an approximately 30,000-foot student union building squares.

Board members had approved a similar proposal from the Pine Bluff campus last fall, but the college returned to the board with a streamlined proposal that also specified that it would charge an interest rate of around 6%. Their earlier proposal had specified a rate not exceeding 4%.

National Park College’s request did not directly ask for a new curriculum, but to allow the college to change its “role and scope.”

However, board members heard from university leaders explaining that they wanted to start a licensing program to enroll registered nurses with associate degrees. The college already offers an associate-level nursing degree program, and projections shared with the board were that the bachelor’s degree program would have an expected enrollment of 25 students.

Some questions from board members were whether adding a baccalaureate program would actually result in more nurses.

John Hogan, president of National Park College, told board members that adding the bachelor’s degree program would lead to the expansion of the associate’s degree program because “students will find our nursing program more attractive.”

In an email after the meeting, Hogan said: “Given the urgency of the issue of our healthcare workforce, it is quite easy to conclude that the concern that higher education may be disrupted is a greater concern. urgent than our health, patient care and quality of life. I hope that rests in our collective conscience tonight.”

Hogan, also in his email, said that after the vote he “heard from my community college colleagues here and out of state,” with the messages “unanimous in their concern about today’s vote”.

“I think today’s vote underscores that a better understanding or support for the role that community colleges play in this country and in the state of Arkansas is way overdue,” Hogan said in his e-mail to the Democrat-Gazette.

The other members of the 12-person council were absent during the vote.

Had the board voted in favor of the “role and scope” change, a separate vote would have been required to approve the Bachelor of Science in Nursing program.

Ahead of her vote, Bigger, a bank executive from Pocahontas in northern Arkansas, spoke of hearing from hospital executives in her area about how “they really have a hard time keeping the doors open and the cost of traveling nurses”.

During the meeting, Revels of De Queen spoke about the council’s role in the state’s higher education system.

“What can you tell me as a member of the coordinating council that tells me that this coordinates education statewide?” Revels asked Hogan.

Hogan replied, “I think we’re being invited into a broader political conversation that really goes beyond our level of pay. I don’t see that as clogging the current level of coordination.”

Ahead of the vote, McNeill of Russellville had asked Maria Markham, director of the state’s Division of Higher Education, if the vote to authorize the expanded scope of National Park College might lead to similar demands from the from others.

Markham said she thinks such a vote would “certainly set a precedent and open a door,” adding that she would expect other two-year colleges to make similar demands in the future.

Hogan at the meeting told the board that several other states have community colleges that offer bachelor’s degrees.

Before his vote, Jim Carr said it was a tough call, but added, “I don’t want 15 more colleges wanting bachelor’s degree programs.”

Chuck Welch, president of the ASU system, expressed concern about “the non-strategic approach we are taking in our state” to higher education, adding that he is concerned about “all of our institutions and how from which we come.” of our mission.”

Welch called for further discussion and said “it needs to be done collectively, collaboratively and with a significant amount of study.”

Houston Davis, president of the University of Central Arkansas, speaking about broader trends in higher education, said the number of college students is expected to decline by 10%.

“What I heard coming to Arkansas in January 2017 is that this state has too many universities and too many colleges, and that’s a debate that’s being heard across the country,” said Davis said.

Hogan told board members that the school had unsuccessfully approached four-year universities to partner on a bachelor’s degree in nursing program that would be offered locally in partnership with National Park College.

“We want to be a community college now and forever,” Hogan said.

He also updated the board on the changing role of two-year colleges.

“I think there’s going to be a difference of opinion about what the mission of a community college should be,” Hogan told board members.