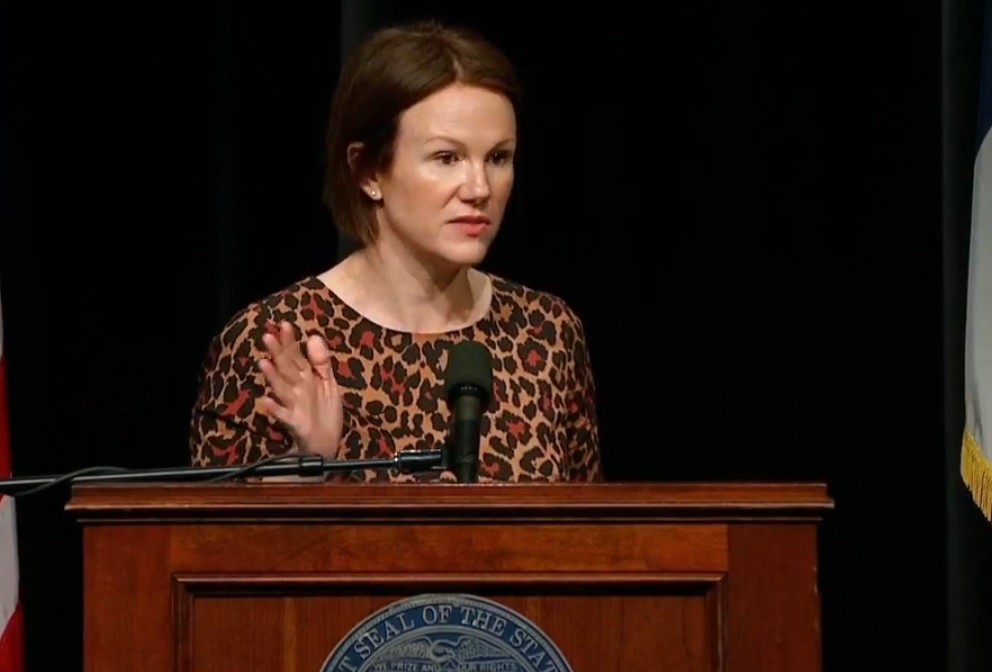 Iowa does not include subsequent COVID-19 infections from the same person in the number of new confirmed cases it reports to federal health authorities or in the weekly case updates on its website, even if other states do.

Additionally, Iowa Department of Health and Human Services officials say they are unaware of the state’s rate of these reinfections despite having the data necessary to calculate it.

A reinfection occurs when a person tests positive for the coronavirus more than 90 days after an initial positive test.

“We do not report and do not have a calculated COVID-19 reinfection rate for the state,” said Sarah Ekstrand, spokeswoman for the Iowa Department of Health and Human Services. “Given the evolution of the virus and the emergence of new variants, reinfections with COVID-19 are not uncommon.”

The state’s testing program is key to tracking the prevalence of the virus and its variants. The US Centers for Disease Control and Prevention uses state data as well as hospital reports to determine the threat of infection in each county and to guide residents on how to avoid becoming infected. When the threat is high, for example, the CDC recommends wearing a mask inside public places.

Since these assessments are based on per capita infection rates, undercounting cases may cause the CDC to underestimate threats.

The state’s actual number of new weekly infections during its last reporting period, which ended Tuesday, could have been 28% higher than reported, according to state testing data. .

It’s unclear why state health officials aren’t reporting cases of reinfection as well as early infections. Ekstrand did not respond to a request for justification. A spokesperson for Governor Kim Reynolds did not respond to requests for comment for this article.

The CDC does not dictate to states how they should report cases of reinfection, said CDC spokeswoman Jasmine Reed. But some – like California, Kentucky and New York – track and analyze them.

“The CDC relies on data reported by jurisdictions in the United States, and few jurisdictions are able to collect or report reinfection data,” she said.

The same is true for Minnesota, and state health officials are working to analyze reinfections to understand when they’re most likely to occur, said Department of Health spokesman Garry Bowman. Minnesota Public Health.

“We’re trying to find out more by looking at the timing between infections and how it relates to vaccination,” Bowman said. “Changes in behaviors, testing practices, the predominant variants circulating, and the availability of vaccines or treatment options all play a role in these interactions.”

In response to questions about how Iowans can stay informed about the virus to protect their health, Ekstrand said, “The best thing Iowans can do to protect themselves from serious illness, hospitalization and death is to stay up to date with COVID-19 vaccines and boosters and follow CDC guidelines for isolation if infected.

Iowa drastically reduced its coronavirus reporting in February, when Reynolds decided to shut down a dedicated COVID-19 website and cut case updates from three times a week to one.

At the time, Reynolds said after nearly two years of the pandemic, there was no longer a need to “treat COVID-19 as a public health emergency.” It was weeks after the state recorded its highest infection rates of the pandemic.

Early in the pandemic, when the threat of deadly infection was much higher, the state provided daily updates.

Now it updates a webpage from the former Iowa Department of Public Health on Wednesday with less comprehensive information. The department recently merged with the Department of Social Services.

The webpage prominently displays the number of positive tests for the past week, which is different from what is reported to the CDC. These tests include first infections, re-infections and duplicate tests for infected people who had to test negative before returning to work or travelling, for example.

This means that the number of positive tests is likely an overcount of documented infections, while the number of state-reported cases is an undercount because it does not include reinfections.

The situation has been further clouded by the widespread availability of free at-home rapid tests, which the state does not track. Polk County is soliciting these home test results to get “a more detailed picture of our county’s positivity rate,” said Polk County Health Department spokeswoman Nola Aigner Davis. She said the county has received about 1,650 of the self-reported infection confirmations since the start of July.

Reporting reinfections is increasingly important for tracking the virus because many Iowans have already been infected once, said Eli Perencevich, professor of epidemiology at the University of Iowa.

“Given that re-infected people can transmit it to you, it would be important to know that there are many more cases to assess your individual and personal safety,” he said. “There are still elderly, immunocompromised people, people who are undergoing cancer chemotherapy, who still have to protect themselves from COVID and other viruses, so I think it is incumbent on the state to provide this data.

State testing has conclusively confirmed that 27% of Iowans have been infected, but the true percentage is likely much higher due to asymptomatic infections and people who got sick but did not sought to be tested. The CDC estimated that about 60% of Americans were infected in February.

Sara Anne Willette, of Ames, consolidates data on infections since the start of the pandemic on her website, Iowa COVID-19 Tracker. She’s a data scientist who suffers from a severe immune deficiency and took on the task as a “passion project” while living mostly in isolation for more than two years.

His site has about half the traffic it did at its peak last winter, when the state’s infection rate also peaked. Even though public interest in his work has waned, Willette predicts that more people will visit the site this winter if there is a new wave of infections. Either way, she feels compelled to avoid reducing her reports, despite this trend among government agencies.

Even the CDC has reduced its reporting slightly, she said, and is no longer giving Sunday updates.

“If the data is available, in my mind I should try to update it as often as humanly possible, because the more information we have, the better choices we can make,” Willette said.

The state’s death toll from COVID-19 is expected to top 10,000 in the next weekly report.