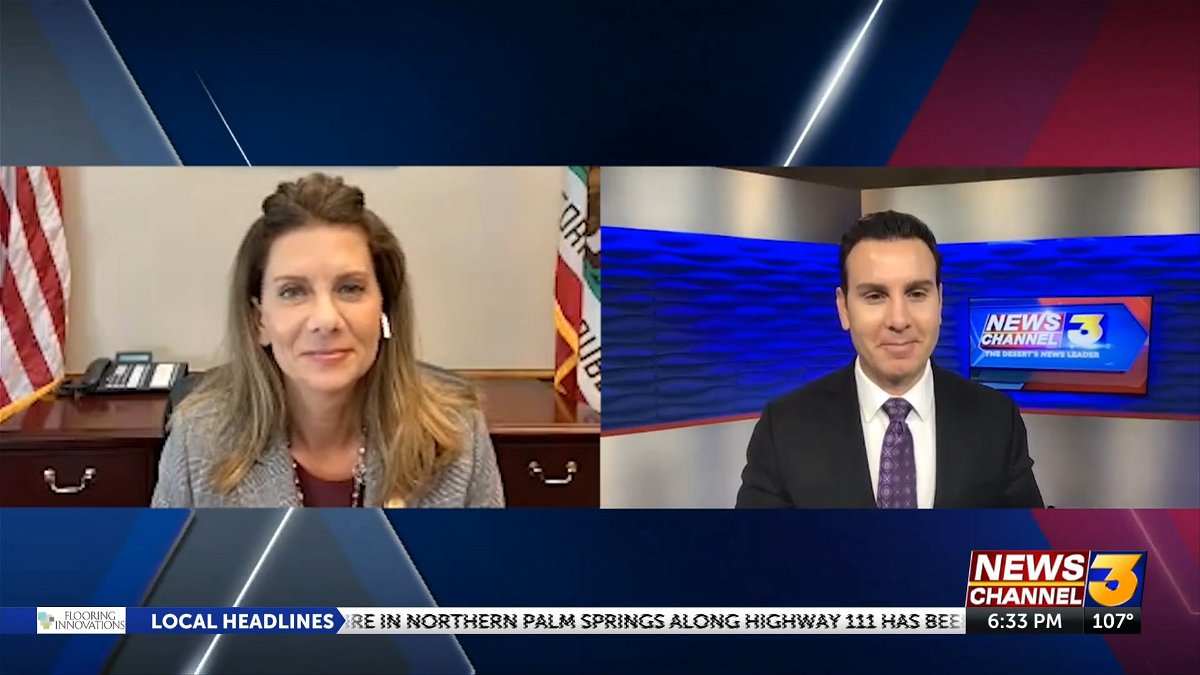 There is no science or data to suggest that children are at risk for COVID.

Students must return to school, in person, and all school sports / activities must resume.

Let’s stop depriving our children of the education we owe them.

We can do it safely.

Melendez spoke with News Channel 3’s Peter Daut to further discuss his disagreements with how Governor Newsom and the state’s Democrats have handled the pandemic.

“Well, you know, I understand this pandemic took us all by surprise. It’s not something we’ve all dealt with before, so it changes as it goes and I understand that, but I think it is. ‘there have been a few missteps along the way, especially with the schools closing and not being able to reopen them for an in-person classroom. This has a lot of very upset people, a lot of very stressed students out. I have three of my own kids, out of my five kids, three are still in the K-12 system, and you know a lot of us are trying to figure out how exactly we’re going to do that. But in reality the CDC and the American Academy of Pediatrics have both said that children have to go back to school and they have to go back in person, that everything is fine, they can and they should, and of course, it. there are certain protocols that should be put in place, obviously to protect all t the world, but that it is really necessary that the children go back to school and it is one of the most disappointed the most rece It is only the fact that the schools are not going to reopen ”, declared Melendez.

Melendez said she would feel comfortable returning her children to class right now.

“My daughter works in a grocery store, one of my other sons delivers pizza, so they’re in an environment every day where they come into contact with a lot of people. They were doing fine. So for me I look and think that if it’s safe for her to work in a grocery store, why isn’t it safe for her to go to a classroom. And again, I think if there are hot spots , then we should take some extra care, maybe maybe a reconsideration, but a general rule for the whole state to go to distance learning, I think this is a huge mistake, because not only that will affect their intellectual development, but also their really struggling mental health as well as family members who find it difficult to accommodate their students, ”said Melendez.

Peter Daut then asked Senator Melendez if she was concerned that children could become carriers of the virus and possibly infect older family members, teachers and school staff.

“Yes, at first I was very worried, but obviously because I have kids in school, research through the data and the science that we see from medical professionals says kids run a very low risk of getting this virus. In fact in Riverside County we had 0 deaths of people aged 17 and under, 0 deaths from this virus. Some have contracted it, it is true, but in overall, it’s not like the older population, ”Melendez said.

Melendez continued, “Now, as long as they are carriers, again, these same healthcare professionals don’t see any evidence that they are transmitting the virus. Not only are they at low risk of contracting the virus, this seems based on what we have so far away that they don’t really convey it, not to say they never can, but we don’t see it on a large scale. I guess I feel like ‘there’s a fear factor involved here that’s a bit of a stretch and that’s why people are so anxious and stressed out about it. I certainly understand from an adult perspective that they don’t want their child to come home. house with this virus and give it to them. They may be a more sensitive condition, but if schools were allowed a type of hybrid environment, where there is a student who thinks I don’t feel too comfortable to return to the classroom setting, so maybe they can do an apprenticeship distance or a mixture, but do not make it the rule for the entire state of California and for all students. I think we can find some common ground. “

The topic then moved on to Melendez’s disagreements with numerous restrictions affecting businesses.

“It looks like the big businesses, the corporations, are doing really well. Through it all, it’s the small businesses, it’s the moms and dads, it’s the ones that don’t have a head office that are closed, and a lot of them, I don’t think they can reopen. They just can’t afford it, there isn’t enough money to keep them afloat, they don’t have company that can help them survive and I’m very concerned about that, ”Melendez said.“ I think what happened with the closure of lounges and bars and restaurants and things like that stuff is Out of nowhere. I admit we’ve seen an upward trend in California, but I don’t see the science or the data saying it’s coming because the lounges were open or because the bars were open, the question for me is, I’m definitely willing to consider any evidence they show but we just haven’t seen it yet so why is this virus spreading? That’s why no we can really answer. “

Melendez spoke to those who think she takes the virus seriously enough,

“Oh my God, well that’s not true. I mean, I wear my mask like everyone else, I wash my hands, I keep my distance because, again, these are measures that don’t. are not 100%, they are not foolproof, but they can help. So if there is anything I can do that can stop me from catching the virus, then I will do it. But, I think people should try to get on with their lives. Try to get back to normal as much as possible and not be so gripped by the fear that we are allowing the state to shut down for God knows how long, “Melendez said . Again, the aspect of mental health, not only in children but also in adults, is really very disturbing. We are seeing an increase in drug addiction. We are going to see an increase in suicides. We have certainly seen an increase in domestic violence, not to mention the children who are currently in a home where school is the only safe place they are in a home with someone who may be sexually abusing them. Now they can’t go to school, so they’re trapped, literally trapped in their home or the women who are with abusive partners who are trapped in their home. So it has far-reaching effects, beyond the economy, because I don’t think it’s fair to reduce it to just dollar signs, it’s really a pandemic that’s affected all aspects of our lives.”

In a webinar, travel experts talk about customer concerns and their eventual return: Travel Weekly