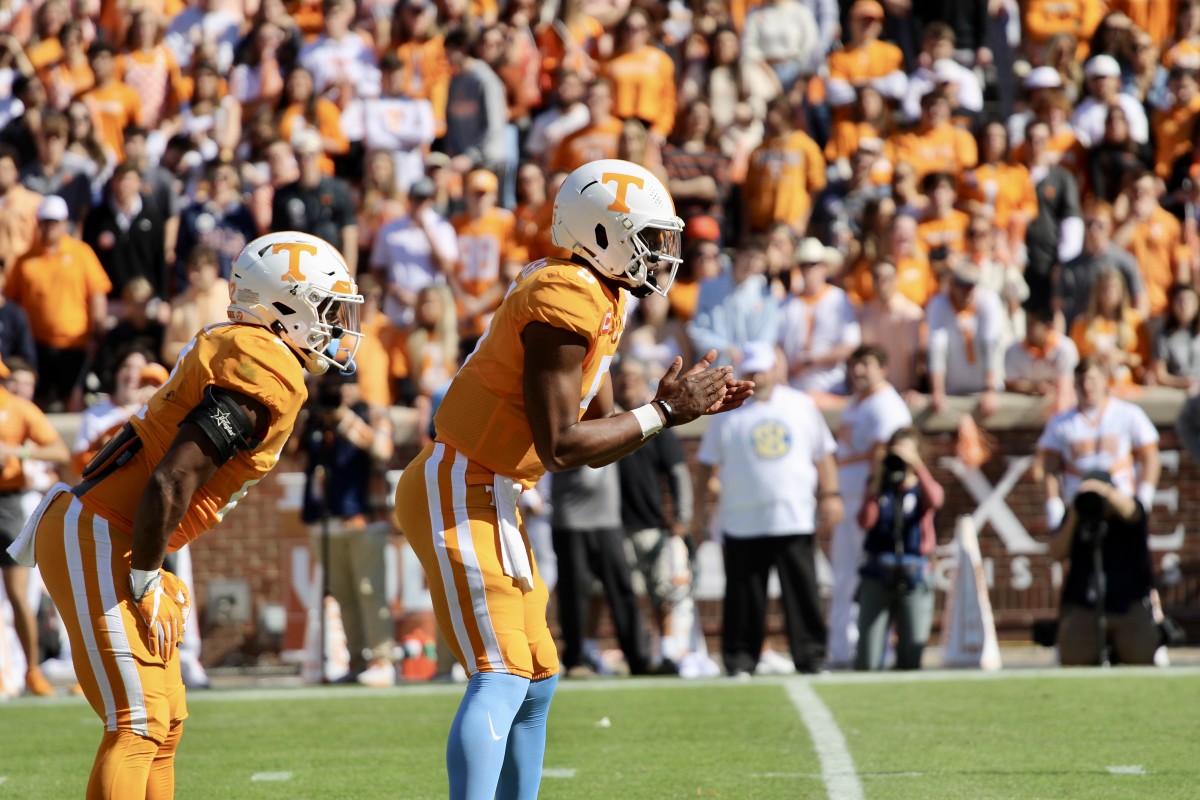 52 points is a lot to score in 60 minutes of football.

There was plenty to attack in the first half as several Vols had strong performances against UT Martin.

A few stood out, however, and a redshirt freshman made a key play to force a turnover, highlighting the UT Martin edition of Volunteer Country match points.

Jalin Hyatt had another big game, but there’s no better candidate for offensive playball than senior tight end Princeton Fant.

Fant’s NFL draft stock likely increased significantly due to his efforts against the Skyhawks, as the No. 88 was effective in multiple areas.

Fant caught, ran and even passed! It is common knowledge that Fant is Tennessee’s emergency RB and can be used in red zone forfeits in the backfield. It happened again on Saturday, with Fant scoring not one but two rushing touchdowns from one and 11 yards, respectively.

Fant’s splash play came through the air, however, as the big man caught a back pass from Joe Milton before throwing it downfield to a wide-open Jalin Hyatt who trotted into the end zone for a scoring 66 yards.

The Nashville native showed versatility and earned Tennessee’s seventh victory of the season.

Redshirt freshman William Wright played four snaps late in Tennessee’s 52-49 win over Alabama this week. And with a depleted secondary for Tennessee against UT Martin, Wright saw some valuable reps.

Wright made the play of the game for the Tennessee defense, reading a route perfectly and intercepting Dresser Winn’s pass.

The interception marked the first of Wright’s career, as the Nashville native proves to be a key rotational player for Tennessee at their weakest position.

There weren’t many special teams splatter plays for Tennessee against UT Martin, but Dee Williams once again displayed his impressive speed on punt returns.

The Vols needed to fill a hole on the punt return with Velus Jones Jr. going to the NFL, and it’s safe to say Tennessee has found the perfect replacement.

Williams has been brilliant in the punt return game so far this season. Every time Williams wins the ball, it looks like JuCo’s transfer could bring him home. Although he didn’t today against UTM, Williams still averaged over 10 yards per return, accounting for 49 yards on four punt returns (12 yards on average).

Tennessee hosts Kentucky next weekend at Neyland Stadium at 7 p.m. ET in what will be a big SEC East showdown.