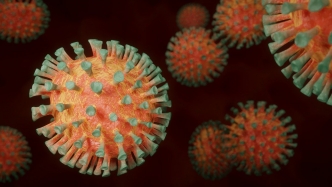 This is the fourth consecutive day of declaration of a death. (The health department was closed Thursday and Friday for the Thanksgiving vacation.)

According to previous reports, the most recent death is of an African-American man, aged 80 or over, who died in a hospital.

The deaths last week were all Caucasian men: two in their 60s and one in their 50s.

The first COVID-related death in Richmond County was reported shortly after the first cases in April 2020. There were 52 cases reported last year and there have been 99 so far this year: 23 in January and August; 13 in February; and 11 in September.

North Carolina has recorded a total of 18,714 COVID-related deaths – an increase of 38 from the previous day – according to the state Department of Health and Human Services.

Also on Monday, the health ministry reported 37 new cases since November 24, an average of 7.4 per day.

The 15-school district has seen 376 student and 61 staff cases since the start of the school year.

The U.S. Centers for Disease Control and Prevention said no cases of the Omicron variant had been reported in the country as of November 26.

According to the World Health Organization, the Omicron variant was first reported by South Africa on November 24.

WHO said the Omicron variant “has a large number of mutations, some of which are of concern.” WHO officials say there is an increased risk of re-infection compared to other variants and that it may have a “growth advantage.”

A family from North Carolina is stranded in South Africa due to foreign travel bans, the Carolina Journal recently reported.

COVID-related hospitalizations statewide have remained relatively stable over the past month, with admissions ranging between 1,032 and 1,114, according to the NCDHHS. There were 1,077 reported on Sunday.

FirstHealth has not updated its statistics since November 15. Scotland Memorial Hospital isolated four patients with COVID-19 ahead of the bank holiday weekend.

As of 2 p.m. as of Monday, 20,013 residents had been vaccinated, according to the Department of Health, representing about 45% of the county’s population. The state has a vaccination rate of 57%.

Vaccinations were recently authorized for children as young as 5 years old and boosters are now available for all vaccinated adults.

Mothers, you can save our planet!