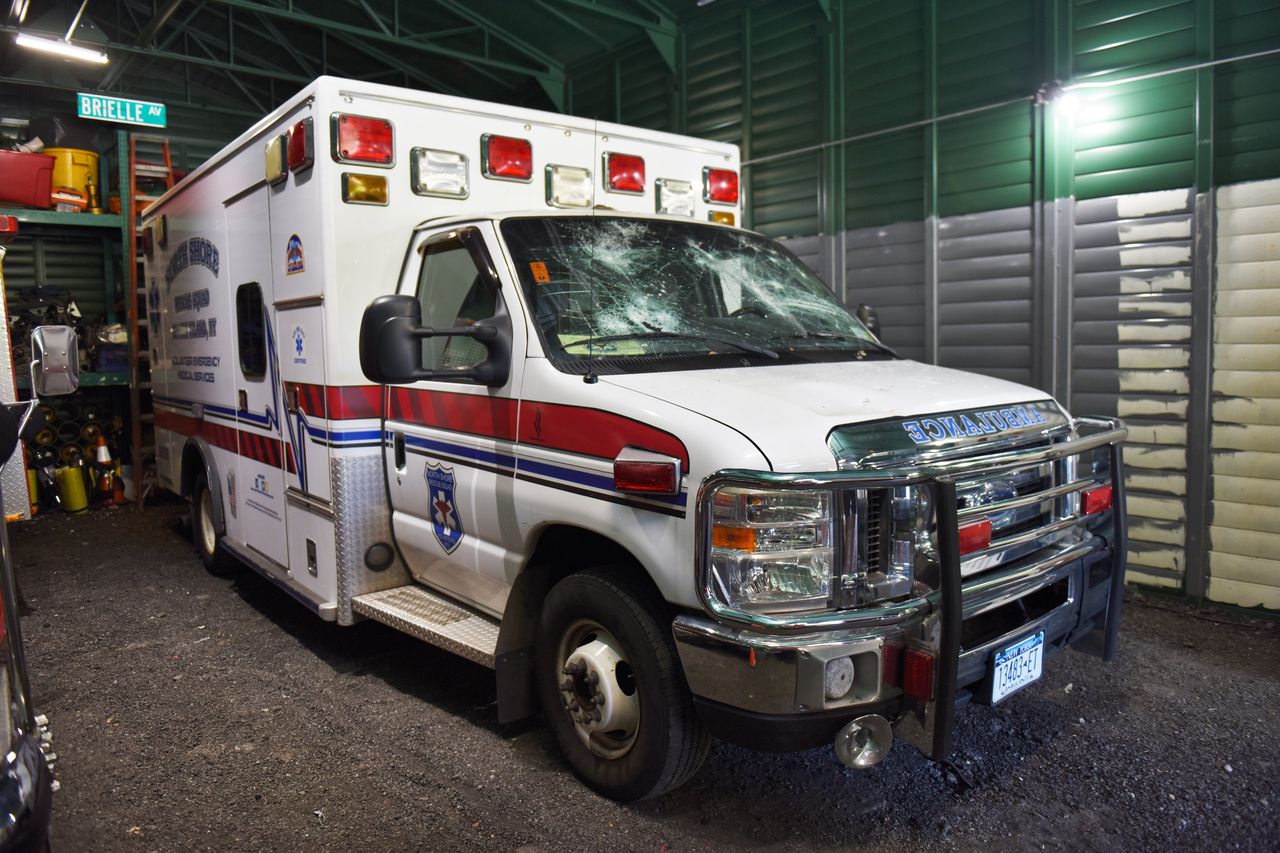 A member of the volunteer group was watching cameras monitoring the grounds where the ambulance is stored at Sea View on Friday evening when he noticed dents in the ambulance, said Captain Edward Santo, a volunteer with the North Shore Rescue Squad and an EMS worker in Manhattan.

Upon arrival, the damage was deemed significant. The ambulance’s front windshield and driver’s side window were shattered, the bonnet was punctured in several places and the rear of the vehicle was hit.

The vandalism is likely to sideline the team of about 30 volunteers for at least a few weeks, taking an ambulance serving Staten Island off the streets.

“Throughout the summer we’ve been running two extra tours twice a week…so we’re doing 16-hour shifts two days a week,” Santo said. “We’re just helping the Staten Island community and now we’re going to be off the road for a while.”

Fundraising has been done to help offset the cost of the repairs and to fund a structure that can better secure the ambulance after it is repaired. Santo said the team originally planned to use its 50th anniversary celebration in the fall to help fund that effort, but he added that recent events have raised the need to bring that timeline forward.

“I don’t think we can wait until October to do that,” Santo said. “Even if it goes through insurance, we will still have to pay for other things that come with it.”

The NYPD said two people were arrested after the incident, including a minor, and charged with criminal mischief.

The ambulance has since been towed to the body shop, but repairs are expected to take at least two weeks. Meanwhile, other volunteer teams have reached out to donate their own equipment, Santo said, though any ambulance transfers must go through the state health department.

The absence of the North Shore Rescue Squad, he said, brought an ambulance off the street, which would have relieved pressure from the FDNY. Staten Island’s volunteer ambulance crews served as vital resources during the peak of the COVID-19 pandemic, responding to calls during a record influx of hospital trips.

“Now it’s one less ambulance on the island,” Santo said. “So now the FDNY is going to have to pull out of other areas.”