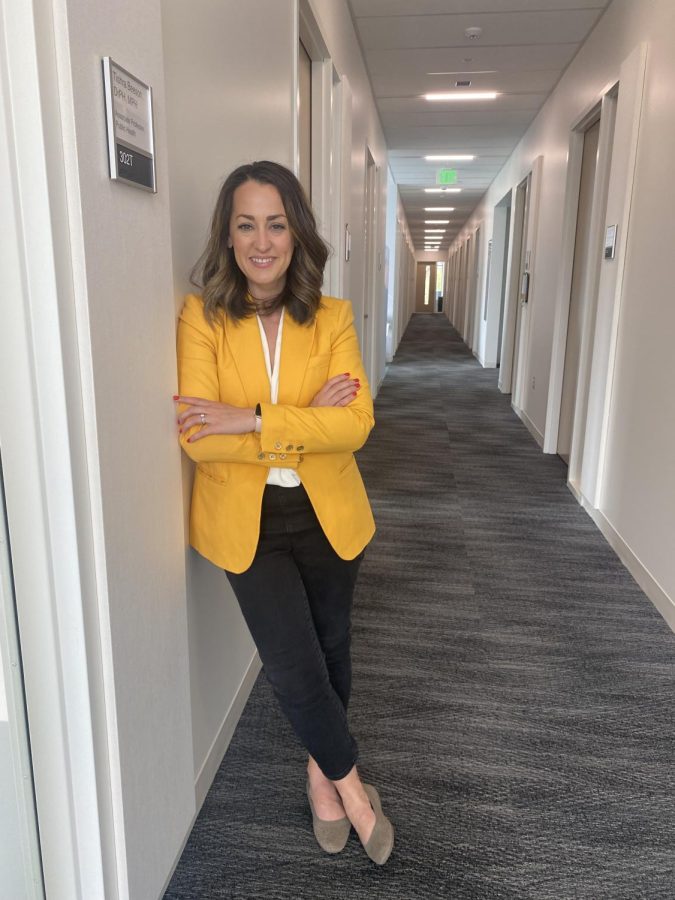 Tishra Beeson has been named the new director of the Department of Health Sciences. Beeson will begin this new role on September 1.

Beeson shared her gratitude to her colleagues who elected her to this position.

“I’m very grateful that my colleagues elected me and have some faith and confidence that I can help lead the department,” Beeson said.

Besson reflected on his family’s history in medicine and how it inspired his work.

“My grandfather was an anesthetist, was a rural Colombian family doctor, so my family immigrated to the United States from Colombia,” Beeson said. “When they moved to the States, he had to go back to medical school because in the 1970s they didn’t necessarily recognize medical degrees in the same way.”

Beeson said she was really inspired by this story because her grandfather became the chief of anesthesiology at a medical center in Kansas.

Beeson said that at first she thought she wanted to be a doctor, like her grandfather, and go to medical school. However, after visiting Colombia and seeing where her family grew up and experienced a different country and different socio-economic conditions, she changed her mind.

“What this taught me that I didn’t know before is really how our environment and what we are exposed to in our communities shapes our health,” Beeson said.

Beeson said she realized she could help people in other ways and that’s when she chose public health.

“I learned how much more we can do to serve by solving major social and economic issues that affect people’s health,” Beeson said.

Before coming to CWU, Beeson did postdoctoral research at the University of Washington, at their Northwest Center for Public Health Practice. She also stayed at his doctoral establishment and taught there. Beeson also practiced between his graduate studies and other research work.

After opening a position at the CWU, she applied.

“I hoped with all my heart that it would work out coming to Central because I knew it was such an awesome college,” Beeson said.

Beeson got the job and has worked at the CWU for nine years. He is a program director for the public health department and a professor in these various programs.

“The student body is as amazing as it is and I wasn’t wrong,” Beeson said. “It’s, for me, the perfect place to really grow in my own professional role, but also to see really amazing students, faculty colleagues and community members being part of something really cool.”

Next year, when Beeson takes on the role of department head, the majority of her time will be spent on administration, but she pledges not to lose touch with her students.

“The worst part is when you have someone… running an organization and they’ve completely lost touch with what it’s like to do the job they expect of others,” Beeson said. “Our colleagues and our students make this work really interesting. »