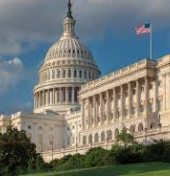 The US Senate passed the Infrastructure Investment and Jobs Act by a broad, bipartisan 69-30 vote on Tuesday. It goes to the House of Representatives for approval.

This landmark bill includes many of President Joe Biden’s economic priorities, including record investments in minority-owned businesses, broadband infrastructure, increased funding to track and tackle climate change, while also including investments most important federations ever made in roads and bridges, drinking water. and more.

After the Senate passed the Infrastructure Investment and Jobs Act, US Secretary of Commerce Gina M. Raimondo issued the following statement:

“I am deeply grateful for the unwavering commitment of the Republican and Democratic senators who led the process to make this happen. Throughout the process, President Biden has shown incredible leadership in keeping these talks together and encouraging us all to stay committed to this bipartisan approach. Passing a bipartisan infrastructure bill sends a message to nations around the world about the strength of our democracy and what we can accomplish together for the good of all Americans. Investments in this bill will allow the United States to better compete globally, strengthen our supply chains and create millions of well-paying jobs, while making our economy more resilient and fairer.

“The Infrastructure Investment and Jobs Act represents a historic investment in our country that will strengthen our economy for the benefit of all Americans for decades to come. This is a generational achievement that both parties can be proud of, and there is still much to do as we implement President Biden’s Build Back Better program. Broad support exists to make the necessary investments in the care economy to provide access to affordable and quality care services, as well as to reinvigorate workforce training to ensure that our workers are prepared for 21st century jobs. I look forward to continuing my engagement with Congress to move forward on these critical challenges. “

Among the historic investments included in the bill, there is more than $ 48 billion in funding for the National Telecommunications and Information Administration (NTIA) to fund state and local investments to help achieve 100% access to affordable broadband and broadband service. It is one of the largest government investments in broadband access and infrastructure in U.S. history, and it is a critical part of the government’s Build Back Better program. President Biden. 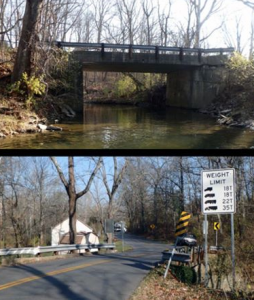 The bill will also make the Minority Business Development Agency (MBDA) permanent, improving its ability to promote and administer its flagship programs to promote the growth, development and resilience of minority-owned businesses. As the only federal agency dedicated solely to the economic development of minority businesses, the decision to permanently authorize MBDA is critical to ensuring that the economic recovery reaches all American communities.

The legislation makes major investments to combat climate change, increase the resilience of infrastructure, and restore and enhance coastal habitats by providing the National Oceanic and Atmospheric Administration (NOAA) with approximately $ 3 billion in funding for science and climate services.

US Senator Mitch McConnell (R-KY) praised the passage of the bill by the Senate which will have a major impact on Kentucky.

“I was proud to support the historic bipartite infrastructure agreement and to prove that both sides of the political aisle can always unite around common sense solutions. By promoting sensible and collaborative legislation, we have shown that the Senate still functions as an institution. This is a significant achievement for Kentucky and the American people, ”said Senator McConnell. 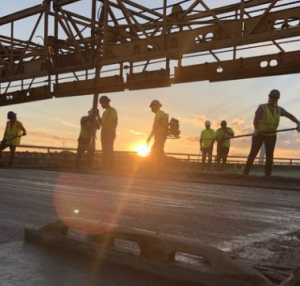 “Communities across the Commonwealth will benefit from this bill, which will provide essential federal resources to help the state update our highways, bridges, airports, broadband and clean water. Through today’s actions, we will be more competitive on the world stage and prepared for large-scale economic growth.

• Refers to the Louie B. Nunn Cumberland Highway as an I-65 interstate branch. By designating the freeway as a spur of I-65, the freeway would qualify for federal assistance. The designation maintains the existing weight limit for continuing to use agricultural vehicles on the roadway. Senator McConnell and Congressmen Hal Rogers and James Comer have long advocated for this designation. Opening the Cumberland Highway to federal resources can boost investment and economic development opportunities in this region.

• Provides critical funding to states for roads, highways and bridges. Kentucky would receive $ 4.6 billion over 5 years for its infrastructure needs. The historic investment in Kentucky’s roads, highways and bridges will give the state the certainty of planning road projects. In addition to this funding, Kentucky would also receive $ 438 million in direct bridging funding for the state to invest more in bridge rehabilitation, repair and replacement. 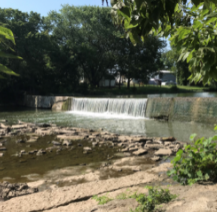 • Includes several competitive grant programs that states can apply for to help fund major bridge and highway projects, giving Kentucky the ability to process projects such as the Brent Spence and I-69 bridges.

– $ 12.5 billion in competitive grants for bridging projects. For bridges of regional significance with total costs greater than $ 100 million, grants would be at least $ 50 million.

– $ 3.2 billion for the Infrastructure for Rebuilding America (INFRA) grant program. These competitive funds support road and rail projects deemed to be of regional and national importance.

• Help Kentucky to finish its corridors of the Appalachian Development Road Network (ADHS). Kentucky will receive $ 69 million of the $ 1.25 billion spent on this program. The state could also apply for funding under a new $ 2 billion rural surface transportation subsidy program that sets aside at least 25% of funding for projects to complete ADHS, which helps boost the economic development of the Appalachians. 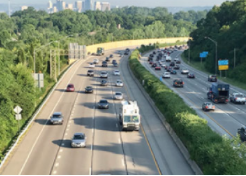 • $ 25 billion for improving airport infrastructure. The majority of the funding will be distributed on a formula, so Kentucky airports are guaranteed to receive funding.

• $ 11.2 billion for the Abandoned Mining Land Reclamation Fund. Kentucky ranks third among all states with abandoned mining land reclamation needs and would receive a portion of those funds.

• $ 1.5 billion for the revitalization of brownfield sites. Kentucky, which has more than 8,000 contaminated sites, is eligible to apply for funds through a competitive federal grant program.

• $ 65 billion for the deployment and improvement of broadband – Kentucky will be eligible to receive part of this funding:

– Including funding of the $ 2 billion provided to the United States Department of Agriculture (USDA) for programs such as the ReConnect program, which provides loans and grants to finance construction, acquisition or l ‘improvement of facilities and equipment providing broadband service in rural areas. Kentucky communities and organizations are eligible for this funding through the competitive federal grants program. 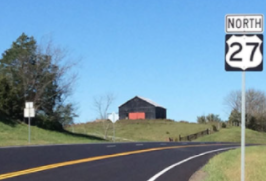 • Authorizes $ 4.7 billion for abandoned oil and gas wells – Kentucky has the fourth most abandoned well site in the United States, with more than 14,000 total in almost every county. Kentucky is eligible to receive a portion of these funds through a competitive federal grant program.

• $ 1.6 billion for the removal of dam safety through FEMA, NOAA, Army Corps, US Forest Service, and US Fish and Wildlife Services. Kentucky has benefited from these programs in the past and they could benefit Lock and Dam # 1 on the Barren River.

• Authorizes up to $ 418 million for Kentucky’s clean drinking water programs. Over 5 years, Kentucky can receive up to:

– $ 235 million through the State Revolving Loan Fund for Drinking Water.

• $ 1 billion to the Appalachian Regional Commission, which will benefit many counties in eastern Kentucky.

For more information on the invoice, visit WhiteHouse.gov.