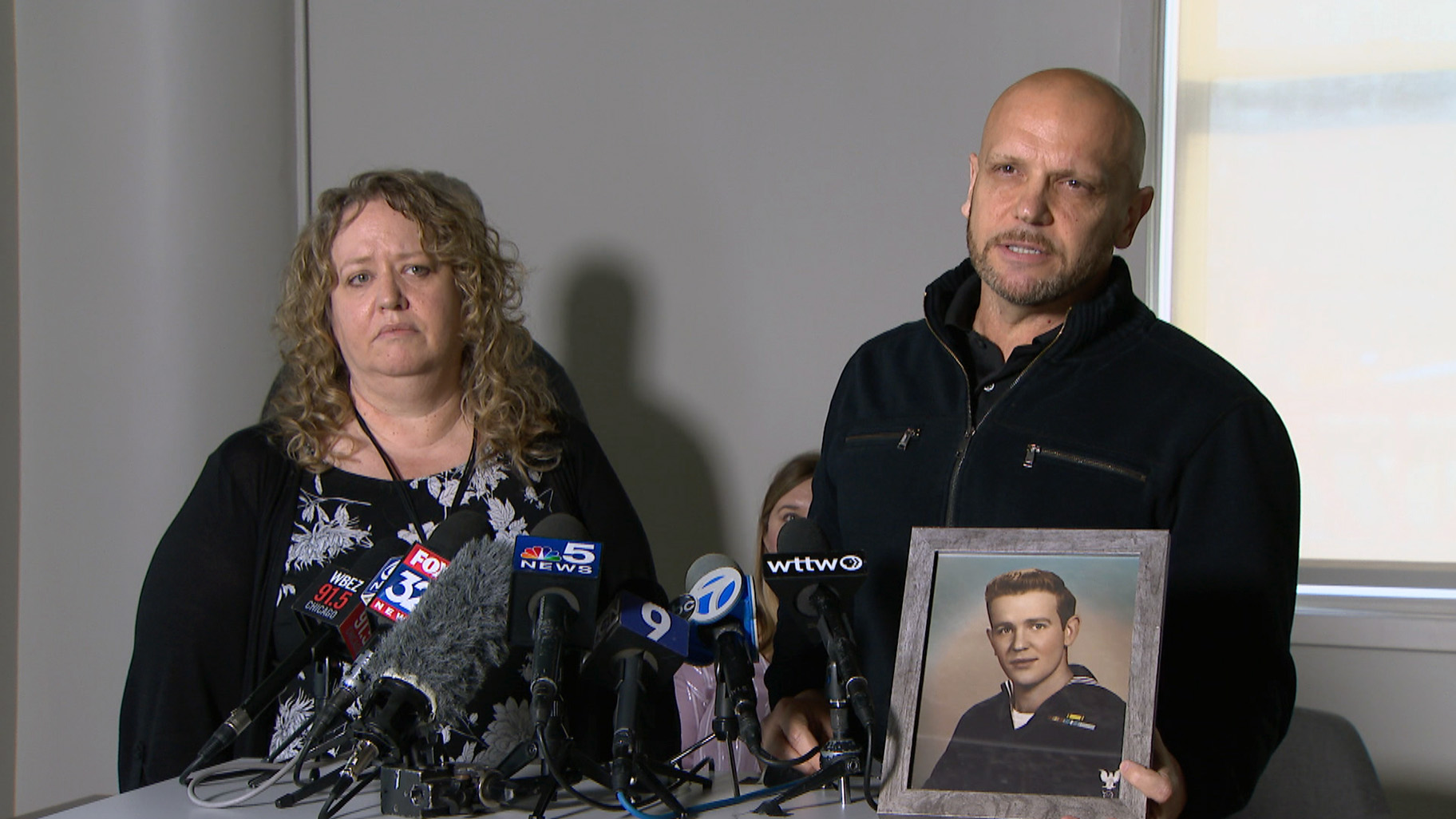 The Illinois Department of Public Health has become a trusted source for many throughout the pandemic.

But a new state auditor general’s report reveals IDPH neglected to respond to an outbreak of COVID-19 at a state-run veterans’ home until for many it was too much. late.

Thirty-six residents of the LaSalle Veterans Home died in November 2020 as part of this outbreak.

One of them was Richard Cieski, died on November 15 of that year.

Cieski’s family visited him regularly. His wife went there every day, from 9:30 a.m. to 2 p.m. She ate with her husband and the handful of veterans he regularly sat down with every day for lunch; reading their menus, helping her husband put on a bib.

Until the pandemic hit, when suddenly visits were no longer allowed.

Leslie Lamb – ‘like the lamb’ – is her late father’s ‘oldest and proudest daughter’, and said her mother and other loved ones have adapted to COVID-19 protections, visiting her by his window. Not ideal, given that his 89-year-old father was hard of hearing and the masks made it even more difficult.

But it’s worth the cost.

“It was just really weird,” she said. “But it was good to see his face and see him shine when he looks at us. So it was worth seeing his face through the dirty window.

Lamb was impressed that even as the pandemic hit other gathering places, LaSalle was safe.

Eight months into the pandemic, however, the coronavirus has made its way into the house. Her dad and lunch buddies all caught COVID-19.

Lamb said the last time the family visited Cieski, she brought Windex so he could see them better.

“It was that night – that night actually, after we all said goodbye through the window – it was like he was waiting for us all to come and say goodbye to him because he is died that night. So he went from a semi-correct state to his deathbed in a matter of hours. That’s how fast it happened,” Lamb said. “Suddenly my father left.”

“What worries me is that the governor, this administration and the public health department waited nearly 12 days to get there to see what was going on in the house,” the senator said. of State Sue Rezin, R-Morris. . “If they had arrived at the site as soon as an outbreak started on November 1, they could have slowed down the outbreak.”

The LaSalle Veterans Home is located in the Rezin district. She said whistleblowers called her about issues in LaSalle, like a lack of masks, a lack of guidance, procedures that weren’t being followed.

“Let me explain very briefly how quickly this has spread. #1, you have had several residents who have COVID, by definition this is an epidemic. As of November 4, 46 residents had contracted the COVID and 11 staff members At the time the governor and public health department staff decided to make a site visit, to visit in person to see what was happening on November 12, nearly 12 days after the “Initial outbreak, we then had 83 residents who’d contracted COVID — 83 World War II veterans who served their country,” Rezin said.

The 154-page audit denounces the Pritzker administration, saying that “although Illinois Department of Public Health officials were briefed on the increase in positive cases almost daily by the Department of Alumni’s Chief of Staff Illinois fighters, IDPH has failed to identify and respond to the severity of the outbreak.

The audit also takes umbrage at a previous situation report commissioned by Pritzker, focused on the Department of Veterans Affairs, saying it was “narrow” in scope and “imperfect” in its main conclusion.

The governor said at the time of the outbreak, Illinois was fighting an uphill battle to stop the spread of the pandemic.

But those who want to replace him as governor say Pritzker, a Democrat, bears the blame.

Republican gubernatorial candidate Darren Bailey said Pritzker’s response is particularly egregious given the governor’s office lambasted his predecessor, GOP Gov. Bruce Rauner, for his failure to handle an outbreak of Legionnaires’ disease in home of Quincy veteran who killed 14 residents.

“When you are governor, the responsibility lies with you. My heart breaks for these veterans and their families. And my blood boils when I see apologies coming from our governor. It’s downright embarrassing that we have a governor who blames everyone but himself. Apologies will not bring our veterans back,” Bailey said.

Leslie Lamb is also not satisfied.

She becomes emotional when she thinks of her dying father, who served in the military during the Korean War. Only. And without the morphine they had prescribed for him, because the house didn’t have any.

“So he endured the last hours of his life, trying to breathe. There is nothing worse than that. Choking on his phlegm. And all alone. I mean no one deserves this. Nobody,” Lamb said. “And for Governor Pritzker to keep going through this and blaming everyone? Take something in hand and do it the right way. Intensify.”

Lamb is one of 27 families suing the state. She says she wants Pritzker to acknowledge this, so she can grieve. And to do things right in the future.

Attorney Steve Levin of Levin & Perconti, who represents Lamb and the other families, said there have been no updates since the lawsuits were filed in March.