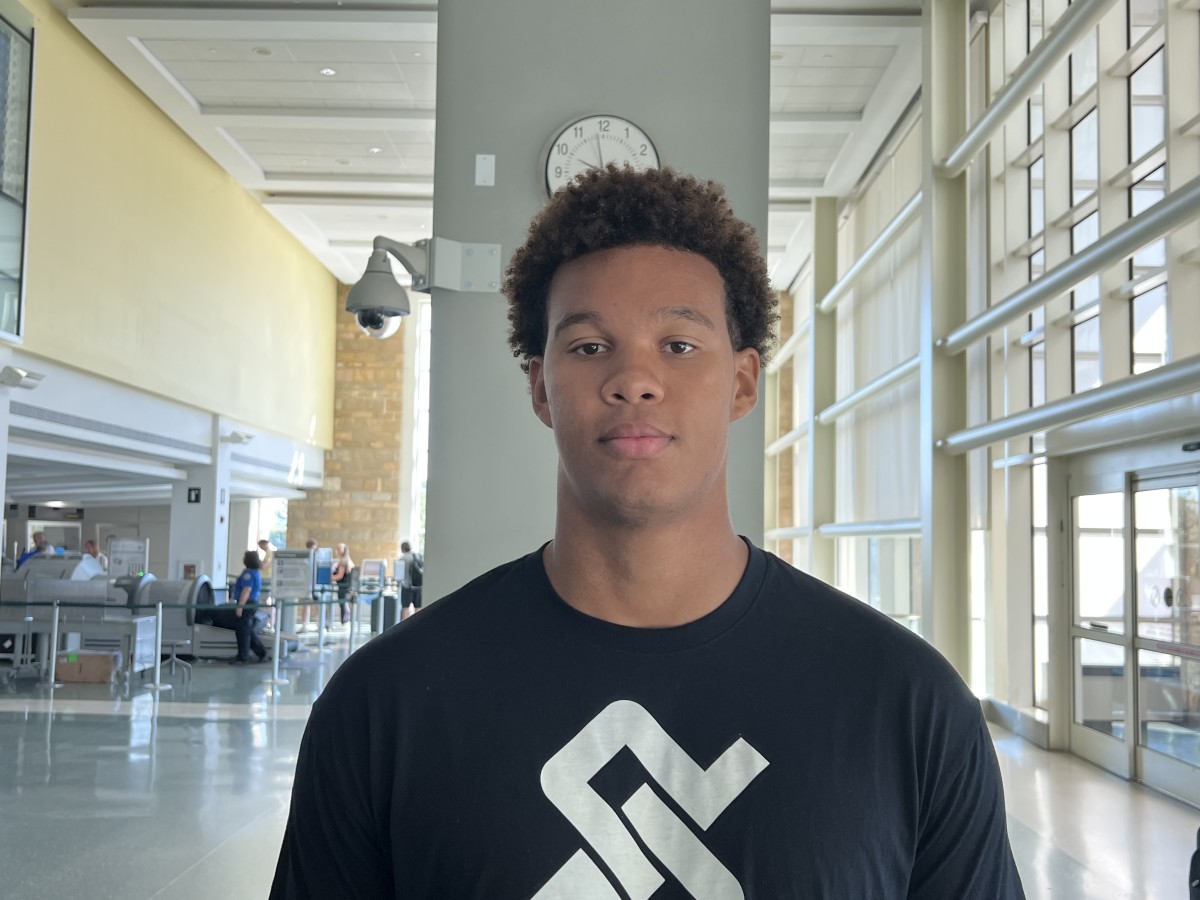 Clearwater Academy International (Fla.) The offensive lineman used his second official visit to the recruiting process to take a closer look at Josh Heupel’s program in Tennessee. Coming off the weekend, Simmons discussed the trip with Volunteer Country on Sports Illustrated.

“High, high, that’s it,” Simmons said of the Vols’ stance for him coming off the weekend official visit. “It did for sure (bringing them up). I felt really good with them before, but like I say, people. How well I got on with Elarbee this time means a lot to me. “

Simmons was able to develop his bond with the Tennessee staff during the important official visit weekend, as he felt the conversations were “more open”.

“Amazing. Really amazing,” he said of his thoughts on the official visit weekend. “I felt really good last time, but the relationships with the coaches have become ten times stronger now because they were more open with me. I was more open with them. The trust was there. It’s a bit what stood out to me the most. – I could feel the relationship growing stronger.”

Simmons, originally from Sweden, was accompanied by his family, including his father, Abel Simmons, who has multiple ties to the Tennessee staff since his time as an offensive lineman in Oklahoma in the 90s.

“My dad had never seen it before, so this was the first time he’d seen it too,” Simmons said of the more open conversations all around. “I’m kind of reassured that he’s seeing what I’m seeing, so it really meant a lot to me. And the facilities are facilities. It’s just crazy. They’re building something special. And he just feels that seeing the players, the coaches, the people meant the most to me.”

“It was amazing,” Simmons said of seeing his dad around Heupel and former teammate Billy Ray Johnson. “They were talking 24/7, like my dad can’t stop smiling. He was talking to Billy Ray, he was talking to Heupel, like 24/7. And they’re really loved ones. It meant a lot to see too because I know I will be taken care of if I come here.”

Simmons also got another chance to connect with the quarterback he would protect if he came to Tenessee.

“Same man, I’m just catching up,” he said of Nico Yamaleava. “I really love and respect what he does because he also builds and recruits the next class. That’s something I respect for sure.”

I spent some time with Vic and Francis,” Simmons said of the other recruits he’s spent time with. “Say what’s going on. It was good. The Rocky Top Palooza story was great because it brought everyone together. Everyone opened up and talked to everyone. It was good to get to know the other players you could be with in the class. Most of the time it was fun. We had the scavenger hunt, the golf, a talent show – it was really fun.”

While the weekend was fun, there was still a lot of football talk.

“We watched a little more of my movie,” Simmons said of it. “We saw him again. It was much better because Coach Elarbee is knowledgeable so I understood what he was saying more.”

Simmons and Elarbee had a strong bond heading into the visit, and he remains high on the veteran offensive line coach coming out of the weekend.

“He’s one of the most genuine coaches I’ve come across,” Simmons said of Elarbee. “He’s more laid back than the other coaches at first, but once he trusts you and he knows I trust him, he opens up more and he’ll be really sincere with you. And that’s what I want. I don’t want a coach who puts on a recruiting facade and then once on campus, he’s a completely different person. Like, I know what I get from him, Heupel and everybody. plus, I think Tennessee is way, way higher just because I know what I’m getting.”

No playing time promises were made over the weekend, and that was impressive stuff for Simmons.

“They showed the depth chart, and it was like they promised me a spot before I came here, sorry for the language, ‘I would have called bullshit.’ You can’t promise me a spot until you come here They showed the depth chart, what they lack, what I’d be really good at and their plans moving forward, and I think that’s a real opportunity to come in, develop fast and play early.”

After another opportunity to sit down with the Tennessee staff, Simmons can see how sold they have been.

“Yeah,” Simmons said of whether he was able to see more of the Tennessee offensive adjustment after watching more movies this weekend. “Our high school, we mimic the Tennessee offensive style of play. We don’t lock as fast as we can. We make their plays, and the gaps aren’t really different or the spacing, so I think if I had to go in there, of course there would be a change from high school to college, but the terminology and the different techniques are kind of the same.”

As Simmons mentioned before, the people around a program are important to him. It’s one of the things that’s different about Tennessee on his mind after his second visit to Knoxville.

“People,” he said of what’s different about Josh Heupel’s sophomore program. “Of course they have the facilities, like; it’s the SEC. It’s Tennessee, it’s the checkerboards, all the little school stuff. But it’s the program people, man. They have all of them tried so much harder last year, had the improvements they made, and you see they are going to continue to do so. And Heupel is going to be around for a very long time, Elarbee as well. It looks like it will be a program that will be consistently good for a very long time.”

He will make three more official visits next month, including stops in Florida, Florida State and Southern California. But the 6’8″, 300-pound offensive tackle has a decision schedule in mind.

Probably July or August,” Simmons said of his decision timeline. “I’m going to step back for a bit after the VOs, think a bit, then call it a date.”

In the end, what will it be for him?

“People,” Simmons said of her decision. “People. I want a consistent staff and great people around me who will watch over me even in difficult times. I want people to be there for me and I want to be comfortable where I am. I think that Tennessee really showed that I could be comfortable there.”

Volunteer Country on SI is also on instagram, Twitter, and Facebook. Check out one of the links to make sure you don’t miss any coverage of your favorite Tennessee teams!

You can follow the staff, Mast, James, Valley and Jack on Twitter by clicking on one of their names.

Want the latest news on national football and basketball recruiting, including Vols targets? Head to SI All American for the latest news, blogs and updates on the country’s top prospects

Sports Illustrated also offers up-to-the-minute insight, information, and details for the players. check it out here.