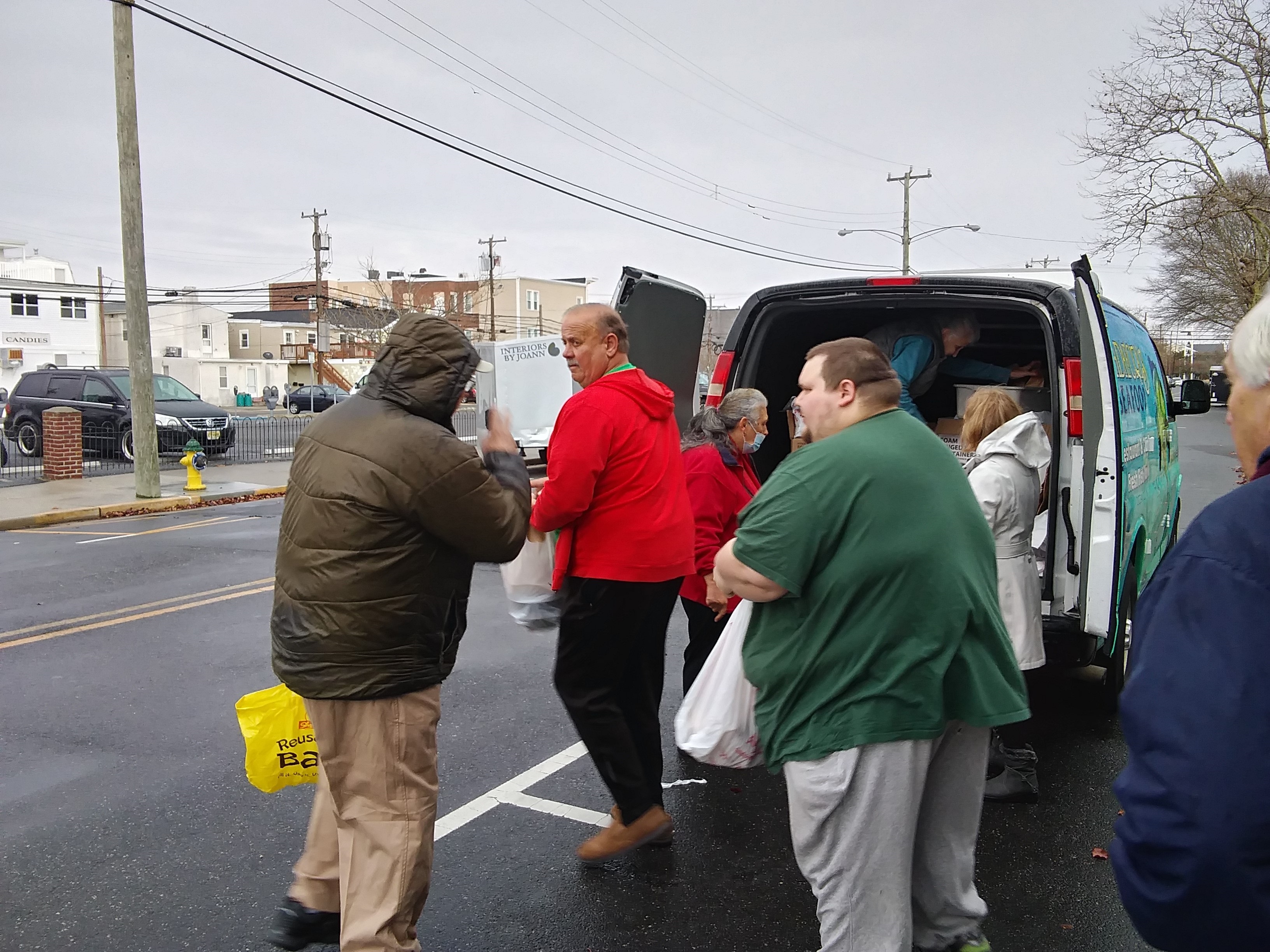 Volunteers at St. Peter’s United Methodist Church in Ocean City took platters and bags filled with Christmas dinner in a van for distribution to those less fortunate over the holidays.

People came to the church at 501 E. Eighth Street for a â€œCommunity Christmas Take-Out Dinnerâ€.

Each person received the number of meals they needed to feed their family. In each plastic tray was a ham dinner, with green beans, sweet potatoes and desserts, all courtesy of local businesses.

Pastor Eric Hall of St. Peter’s Church stressed that take-out dinners would not be possible without the strong support of the community. Dinners were provided by OCNJ CARE, St. Peter’s United Methodist Church, Nobil Catering and many other generous donors.

â€œIt’s really a collaborative effort,â€ noted Pastor Hall. â€œWe are just thankful that we can serve and collaborate with other members of the community to provide meals on this important day. “

Jen Bowman, who is in charge of the food ministry at St. Peter’s United Methodist Church, and a host of other church members and volunteers, took over from the dinners after organizers Mike and Peaches Lukens retired in 2019 from the event they created 30 years ago. There are.

Since then, all meals served in St. Peter’s have come courtesy of Bill McGinnity, Nobil Catering and other local businesses, as well as the charity OCNJ CARE, run by Ocean City resident Drew Fasy.

Dave Boston, of Ocean City, lined up for dinner, just like he did last month, for Thanksgiving.

Boston explained that last year and this year have been extremely difficult for him. He has worked in the restaurant business for years and is struggling to find work.

He said he enjoyed the meals.

â€œFinding work has been very difficult,â€ he said.

He was reluctant to have more than one dinner, despite volunteers saying he could have a second.

Boston thanked the volunteers and took the meals and moved on.

Other people in need were waiting for the volunteers to give them lunches.

Kathy Thompson, a member of St. Peter’s Church, is one of the lunch-to-go organizations. She was busy making sure everything was going well as she handed out meals in the back of the van.

The volunteers said there was certainly plenty of meals for anyone who needed them.

â€œWe have 350 meals packed and ready to go,â€ said Joanne Budnick, a longtime volunteer, a church member who helps each year. â€œWe will probably have a little left over to give to people who need it. “

Can this workforce be saved? Here’s why American workers are quitting en masse