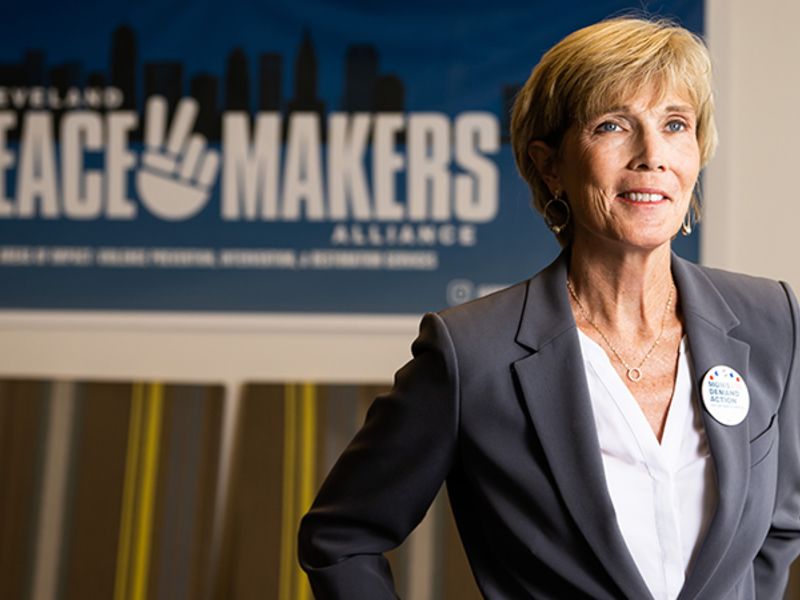 We must act together to reduce the threat of gun violence

It takes all of us. It is the dawning realization of Americans whose government officials have failed to protect our communities from the epidemic of gun violence. Instead of waiting for our state legislators to act, citizens are stepping up in unprecedented numbers and taking action themselves.

The collective cost of the anguish and fear experienced by individuals, families and neighborhoods due to constant gun violence destroys our sense of freedom, undermines the joy of gathering in public spaces and tears at the very fabric of the American experience. We shouldn’t have to live in fear that gun violence could ring out at any moment – ​​no other high-income country on Earth lives like this.

Ohio’s gun death rate has risen 44% from 2011 to 2020. Refusing to consider a single evidence-based safe gun bill that would save lives, the response from the ‘Ohio Statehouse to this crisis has been to expand access to more guns in more places with fewer regulations, caving in to the interests of the gun lobby despite the fact that a clear majority of voters support common sense gun safety measures.

Gun violence, including tragedies like suicides, homicides, mass shootings, domestic violence, urban gun violence and unintentional shootings, costs Ohio $22.3 billion each year. Nationally, employers lose an average of $1.47 million a day in productivity, revenue and costs needed to recruit and train replacements for victims of gun violence. While no number can ever fully reflect the toll of gun violence on families and survivors, our society loses $1.34 billion a day in quality of life costs from their suffering and well-being. to be lost.

Much to the relief of other high-income countries, guns are the leading cause of death among children and adolescents in the United States. To compound this tragic fact, the psychological and mental well-being of our children and adolescents is compromised when a friend or family member is killed with a gun, when someone they know is shot, and when they witness and hear gunshots. When homes, neighborhoods and schools are not safe from gun violence, entire generations of American children are affected.

Investing in the environment and building leadership for residents living in long-neglected neighborhoods once bordered by red lines can also have a significant impact on reducing gun violence. For example, the collaborative effort of local organizations organized by Stop the Violence and supported by law enforcement in the Linden neighborhood of Columbus has provided a significant benefit to this community. In Cleveland, the efforts of organizations such as the Cleveland Peacemakers Alliance and grassroots violence prevention groups such as M-PAC and Together We Rise are supported by Moms Demand Action volunteers from across the region and are beginning to be recognized. more broadly for their positive impact in reducing gun violence in the city and the trauma it creates.